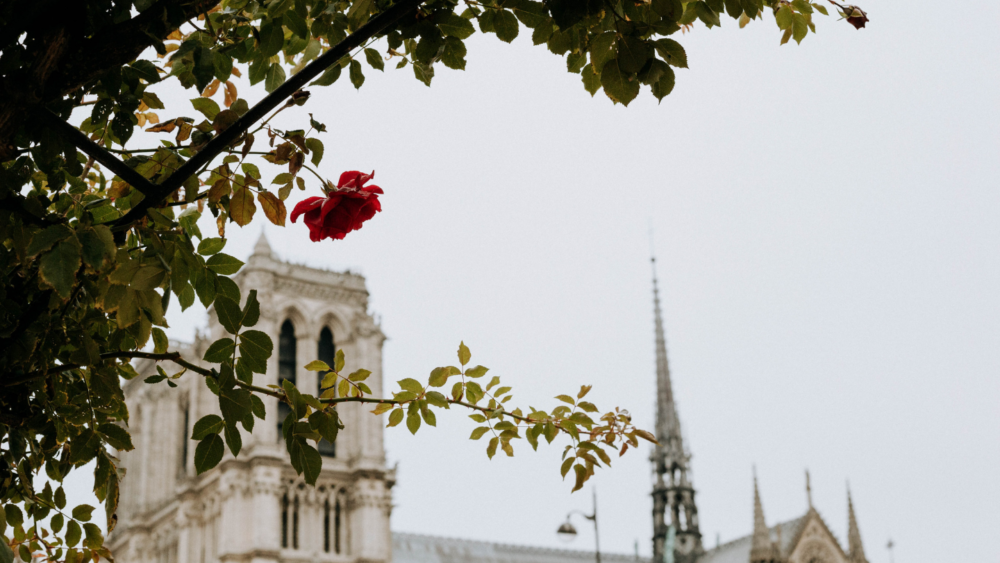 Tears at the Foot of the Cross

On Monday afternoon, I got a notification on my phone from the BBC that Notre Dame was on fire. What a tragedy. The evening TV newscast showed the horrific scene of smoke, fire and ashes in Paris. I’ve visited the cathedral on two occasions; I can hardly imagine it damaged or destroyed.

Notre Dame means “our lady,” and newscasters have often referred to “her” in their reports. Yet I imagine few people outside the Catholic Church realize that “our lady” is a reference to Mary, the mother of Jesus.

A day later, I was still thinking about the wounds of this great “lady.” Much of the cathedral still stands though the roof and spire fell. How much of the magnificent building’s art and decorated interiors remain has yet to be determined. In a symbolic sense, is Mary, our Lord’s mother, weeping again?

Imagine how Jesus’ mother must have been wounded and pained to watch and hear of her son’s suffering and death. It is Holy Week, after all, and the fanfare of waving palms and shouting hosanna has given way to the story of Jesus cleansing the temple. A confrontation with religious leaders looms like storm clouds on the horizon.

As the week’s events unfold, Jesus celebrates a final meal with His disciples. He washes their feet. He retreats to the Garden of Gethsemane. He prays while the disciples sleep. He sweats drops of blood. Then in quick succession: betrayal, arrest, a mock trial, scourging and a crown of thorns. Finally, the agony of death—death on a cross. And Mary was weeping for her son.

Yes, I know. Easter is coming. We live in the post-resurrection reality, and that brightness keeps the darkness from overwhelming us. But don’t move too quickly to Resurrection Sunday. First, remember Maundy Thursday and learn from Jesus the servant who stooped to love His disciples and died forgiving His enemies. And don’t skip over Good Friday. It isn’t labeled “good” because the experience of torture and death is in any way pleasant. It is the “good results” of atonement for sin and forgiven sinners that invoke the adjective. But such love came at great sacrifice, and Mary’s heart was broken.

On Sunday I will join Christians around the world celebrating the miracle of the resurrection. It wouldn’t surprise me to hear of a throng gathered outside Notre Dame to bear witness to life after death through Christ. But until then, I will meditate on our Lord’s suffering and remember Mary’s tears.

The music of Bach’s Saint Matthew’s Passion and Handel’s Messiah often ushers me into a place of quiet reflection and remembrance. A lesser-known favorite is Polish composer Henryk Górecki’s Symphony of Sorrowful Songs. The work’s second movement uses the words of a teenage girl, Helena Blazusiakówna, which she wrote on the wall of a Gestapo prison cell as she prayed for protection and deliverance.

Isaiah 53:5 reminds us: “he was wounded for our transgressions, crushed for our iniquities; upon him was the punishment that made us whole, and by his bruises we are healed.”

Let us first weep with Mary as we remember Jesus’ costly death, and let us prepare to receive the culmination of the Good News that brings healing and wholeness to a world awaiting redemption.

He is risen indeed.