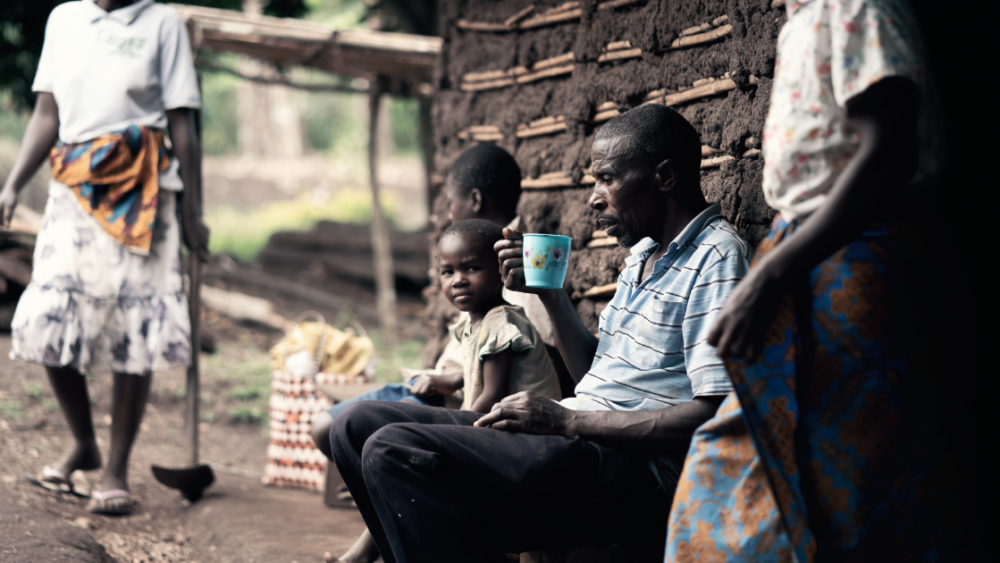 One of the gifts of traveling to be with our partners in Africa is meeting the new Christians. Each one has a unique and inspiring story. On my last trip to Uganda, I was blessed to meet Mark*, a student at the church planter training school. Mark is a quiet man and he’s older than the other students. He is married and has seven children.

Each student is given the opportunity to tell their story of becoming a Christian. Mark seemed a little hesitant to share, and very humble. As we came to find out, he had served in the army. Here in the US, we might think that is a noble cause. However, in Sudan at that time, the military was not focused on protecting its nation’s citizens. It was about control by any means. Many of the Sudanese soldiers participated in random killings, raping women and girls and burning villages, to name a few atrocities.

Interestingly, Mark’s wife had become a Christian. She attended worship services regularly. These were mostly large gatherings held outside. Mark began to go with his wife to protect her. He would stand off in the distance and watch her.

At one worship service, someone brought a computer and the Jesus Film. Everyone was quietly leaning forward to see the computer. Mark, however, stood back and just listened. He was surprised at the story of Jesus. When he went home, he burned all his military uniforms and began a new life in Christ. He started going to villages to tell others about Jesus.

At one of these villages he met another church planter. This young man connected Mark with Frontier Fellowship’s partners living in East Africa. Mark was able to go to the school and was trained on the Bible, Christian character and church planting. He was also given a computer with a solar-powered battery. He now rides his bike to different villages and shows the Jesus Film to share the Good News with others.

We thank God for raising up such committed servants who are willing to literally give up their old life and start a dramatically new life in Christ.