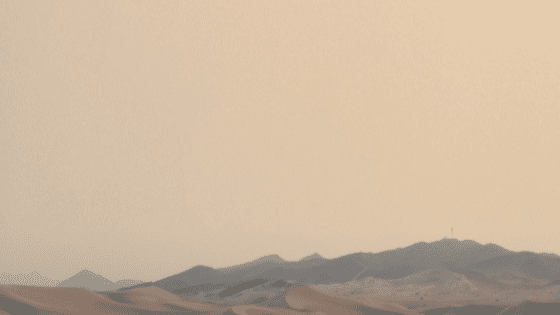 In the remote southwestern Ethiopian town of Maji, our first executive director Harold Kurtz experienced a life-changing moment when he had the opportunity to share the Good News of God’s Kingdom with the Dizi people. He stumbled through the presentation in Amharic, which was then translated by a schoolboy into their tribal language. When Harold finished sharing with them, one of the elders paused for a moment and looked him directly in the eye and said, “That is what we have always hoped God was like.”

Those words moved Harold to believe that in every people group there are those who already have hopes of what God is like—hopes that can be summed up simply: like Jesus. God used this moment among the Dizi people, a seminary class taught by Donald McGavran and a stirring challenge issued by Ralph Winter to compel Harold to build a mobilizing movement among Presbyterians—what is now Frontier Fellowship.

This movement, forty years old this year, envisions indigenous churches developed among unreached people groups. It is a movement of inviting churches to engage in the ministry of listening, encouraging, visiting, praying and giving—forming frontier mission partnerships in collaboration with the global Church.

I am deeply excited that the movement of Frontier Fellowship is continuing to reach new regions of the world where people groups are still waiting to learn of our great God. Ninety-five percent (95%) of unreached peoples today are Buddhists, Hindus or Muslims. There is a lot of contact work to be done, a lot of connecting. God is calling Frontier Fellowship to continue moving forward—to find new friends and forge new partnerships to introduce more people to the Buddhist, Hindu and Muslim worlds. We are praying for and working toward more partnerships with indigenous followers of Jesus in places like North Africa, the Middle East and East and Southeast Asia.

When I joined Frontier Fellowship’s team in 2014 the ministry already had a tradition of looking for new people groups and new partners, but we were working mostly within the Presbyterian tradition here in the US. In the past five years, we have committed ourselves to engaging new denominations and mission-minded communities of faith with a frontier mission vision. New relationships are forming. New staff members are helping us invite churches of color and multicultural fellowships to go with us and engage with frontier peoples and places.

We have learned that it makes a difference when you travel to someone else’s country and home. When you become friends with a Buddhist, a Muslim, a Hindu, you care in a new way—87% of Muslims, Hindus and Buddhists have never met a Christian!

When I visited South Asia for the first time, we traveled through Dalit villages. In one I was invited to speak. My mind began to race. “What should I say?” Tell them about Jesus. “What do they know about the Gospel?” Nothing! My host asked the crowd of 200, “Has anyone heard of Jesus?” Silence. Then he asked, “Who wants to hear the story of Jesus?” Every hand shot into the sky.

Wow…I think I understand a little bit of how Harold felt that day in Maji. He ventured forth in Amharic, I spoke in English; we both relied on an indigenous translator. That’s what Frontier Fellowship is privileged to do: we partner with people on the ground who know the language and culture. We come alongside them in humility and boldness—humble about ourselves but bold about the Good News. We pray that these near neighbors of frontier peoples will bear witness with Holy Spirit power and that new believers will be changed by grace through faith.

Read more about Frontier Fellowship’s 40 years in our Fall 2021 edition of The Frontier Journal here.