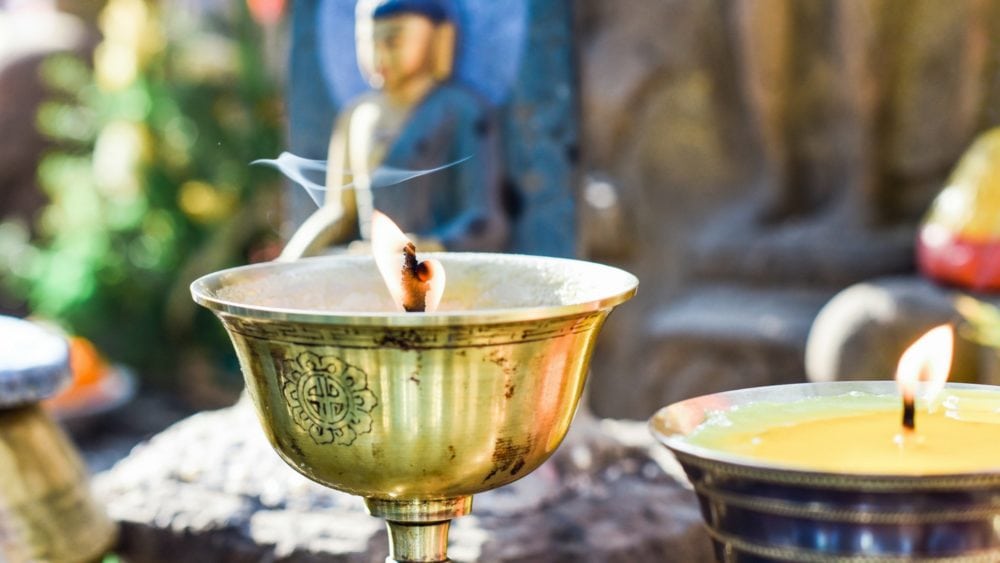 Grace for the Life of Striving

I appreciate the rich traditions of liturgical seasons like Advent, Lent and Holy Week. Years ago, as a new church development pastor, I discovered that liturgical practices and the Christian calendar could help new believers learn the story of Jesus. Scripture and liturgy combine to move people from believing in Jesus to actively following Him as disciples. Worship, prayer, sacraments, fasting, Bible reading, silence and celebration can help us order the Christian life with rhythm and balance.

At the same time, I have some friends who are critical of liturgical practices because the emphases seem to them to be extra-biblical. They wonder if these disciplines are a holdover from Roman Catholic tradition and might be considered attempts at “good works” instead of acts of worship. Is fasting at Lent an act to remember Jesus or an effort to earn one’s favor with God?

Much of my recent travel, study and speaking has focused on Buddhism as I’ve sought to deepen my understanding of Buddhist peoples. Siddhārtha Gautama, who would later become known as the Buddha, was born in Nepal near India and lived between the 6th and 4th centuries BCE. In early adulthood, he left his royal family and became an itinerant teacher. Confronted with the realities of poverty and human suffering, he sought a way to understand and transcend the pain he encountered. He tried all manner of ascetical practices to try to escape the cycle of suffering. The Buddha’s worldview and eventually Buddhist faith were significantly influenced by Hindu beliefs about karma and reincarnation.

I can’t help but notice the similarities between Buddhist acts of “going without” and what some followers of Jesus “give up” for Lent. Both practices include attempts to purify and grow in devotion. The Buddha concluded that suffering comes from desire (craving), and learning to eliminate desire would allow a person to end his or her suffering and gain enlightenment. These emphases have helped broaden the appeal of Buddhism throughout Asia and the rest of the world.

In contrast, the Christian life demonstrates these words by Thomas Erskine: “Religion is grace and ethics is gratitude.” Followers of Jesus realize that receiving forgiveness, understanding the realities of God’s Kingdom and being empowered to serve God are gifts that come through His grace. Any disciplines we practice aren’t undertaken to earn merit or right standing with God. They’re a means of grace that remind us of Jesus’ ways and His story.

I admire Buddhists who seek enlightenment and practice respect for all living things. I know and appreciate Thai friends who honor the Buddha’s teaching alongside the nobility of the royal Thai family. But there are aspects I struggle with as well. I admire Buddhist meditation practices, but I don’t comprehend how meditation can be separated from an object (like God) and meant to only empty oneself of thoughts. And I don’t understand the cyclical view of time that reflects a belief in reincarnation.

I want to share with them the incredibly Good News of God’s forgiveness through Jesus’ sacrificial life and death, His resurrection and the promise of a new, complete, flourishing life for all who believe. I want Buddhists to know their life of striving could be transformed by an experience of receiving His divine grace.

Demographers tell us over 80% of all unevangelized peoples in the world are Buddhist, Hindu and Muslim—and more than 86% of them don’t know a Christian personally. It’s time to befriend your Buddhist neighbors. Maybe you’ll meet these neighbors when you visit a local Vietnamese or Himalayan restaurant or walk the campus of a university in your city. Perhaps you can visit a nearby Buddhist temple. Or maybe such a friendship could grow on your street, in your apartment building or at your office.

I encourage you to use the season of Lent to ask God to deepen your compassion for Buddhists who haven’t yet heard Jesus’ message of grace. Thank God that through His Son we’ve been set free from an endless cycle of self-improvement and effort. Pray for those seeking enlightenment to encounter the hope and fullness of life Jesus offers.