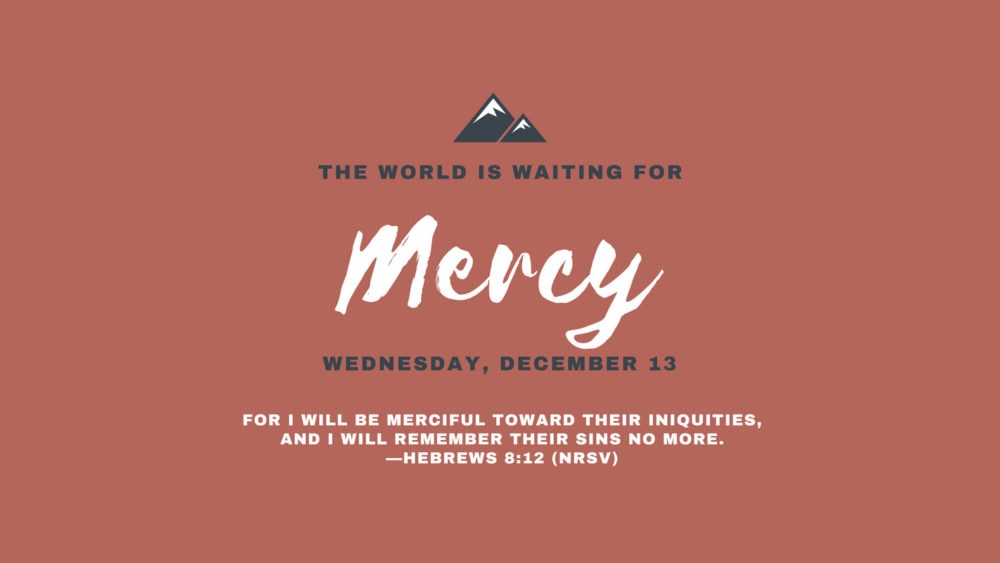 Have you noticed that American culture seems to be growing more and more condemning and hateful? People think those who do wrong (or simply something they disagree with) should be shamed and punished. Showing mercy is so rare it makes headlines.

Another word we could use instead of mercy is forgiveness. It’s true God shows mercy to us—Hebrews 8:12 tells us He’ll be merciful toward us and won’t remember our sins. That’s what we pray for in the Lord’s Prayer—Forgive us our debts as we forgive our debtors.

Yet there are many people who don’t even realize they need mercy because they haven’t encountered Jesus. My church adopted one of those people groups, the Suri of Ethiopia, in 2002. Considered a “revenge culture,” they haven’t been a people to show mercy. Missionaries John and Gwen Haspels have lived among them for many years and worked to gradually build up the Suri church.

Three years ago, God showed His mercy to the Suri in a surprising way. While driving along a road, John and Gwen were shot by a thief. The bullet went through Gwen’s mouth and sent pieces of her teeth and jaw into John’s right eye. Miraculously, they were able to drive to safety and were later flown to South Africa for treatment.

The Suri went into mourning. They assumed the Haspels would never come back. As soon as he could, John returned to tell them he and Gwen were alive and, more importantly, they forgave the shooter and felt no resentment toward the Suri people. This began a wave of forgiveness in the community and many, many more Suri—as well as their neighbors, the Baale people—came to know and trust in Jesus.

We’re not unlike the Suri. None of us always shows mercy. We judge. We condemn. But we have enough resemblance to our Father in heaven that we can extend mercy because we’ve experienced it for ourselves. Daily we need to repeat that prayer about forgiving our debtors and then we need to do it. The world is waiting for people who can live this out. Will you?