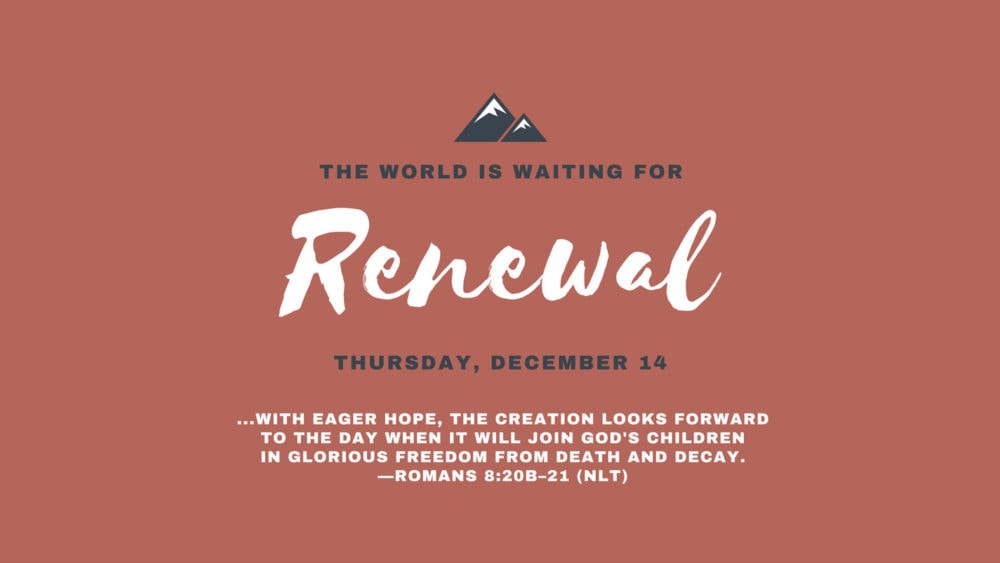 We’re constantly reminded of the state of creation and its effects around the world. Earthquakes, hurricanes, floods, fire, famine and drought are at the forefront of the news these days. People everywhere are impacted and beat down by these natural calamities. Melting polar ice caps threaten low-lying islands and coastal regions. Volcanic eruptions threaten populated areas on the island of Bali. Air pollution is seriously impacting the breathable air in some of China’s major cities. Pollution of our oceans and lakes is devastating our potable water supplies and fisheries.

We’ve seen firsthand the devastation from hurricanes hitting Texas, Florida, Puerto Rico and several other Caribbean islands. Fires charring vast tracts of land in the western US. Famines ravaging Ethiopia, South Sudan and Somalia. Flooding in India, Nepal and Bangladesh. Earthquakes in Mexico. And all of this has occurred over just the last few months. People are crying out. Blame is widespread.

When you look at what’s happening around the world, it’s not difficult to recognize our need for renewal on a global scale. Genesis 3:17 tells us the very ground was cursed because of Adam’s sin. As the apostle Paul goes on to say in Romans 8:22, “creation has been groaning as in the pains of childbirth right up to the present time.” We are waiting for—hoping for—deliverance from sin and suffering. Creation is waiting for deliverance as well.

In Revelation 21:1, we’re told of the coming of a new heaven and a new earth. Revelation 21:3–4 says God will live there with His children, and there will be no more death or sorrow or pain or brokenness.

During this time of Advent, remember that Jesus came to bear the burden of sin and begin His redemptive work of making all things new. Take some time today to pray for those suffering around the world—those reeling from the “birth pangs” of our times. May the God of love and hope allow us to look forward to a time when we, as well as all of creation, will experience the redemption and renewal of all things.