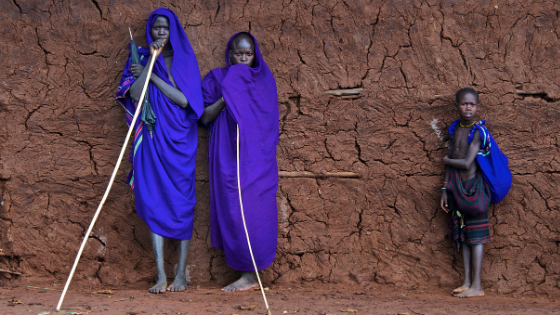 A Taste of God’s Coming Kingdom

Harold Kurtz always was looking beyond. “Where are there other unreached peoples?” One time I remember him reporting on a trip to Siberia. He had gone out to a village with a man who was sharing the Good News of Jesus with the community. Harold observed what the man was doing and, before he left, asked, “Who are the other unreached peoples around here?”

In 1985, Frontier Fellowship formed its first partnership among the Suri people in Southwest Ethiopia. I served on the board from the early days. Over the years, my connection to Frontier Fellowship helped my church (Trinity United Presbyterian Church, Santa Ana, CA) get engaged in frontier mission. In 2002, our mission pastor and I had the privilege of traveling to Southwest Ethiopia with the Kurtz family. Harold wanted to show us the impact of 15+ years of partnership, and invite our church to join God’s work among the Suri. We took an indirect route to Mizan Teferi, stopping at a church along the way. I’ll never forget what happened next.

We stopped at a local church and met with members of different people groups who were worshiping together. Among them were members of the Menja people group. The Menja were, and continue to be, marginalized by Ethiopian society, so it was uncommon to see them gathered in fellowship with others. I will always remember the look in Harold’s eyes as he affirmed the congregation’s unity and friendship in Christ. That day, we experienced a true picture of heaven. Peoples who were once exiled were welcomed and loved, instead of shamed and ridiculed. A flourishing Church was revealed: different tribes and languages joined together in worship and communion.

Since that trip, 50 members of our church have visited the Suri people throughout the years. Our congregation has really caught the vision of frontier mission, and we look forward to exploring new partnerships with Frontier Fellowship among other people groups still waiting to hear the Good News of Jesus.

Long before that 2002 trip, Harold came to our church to preach. His loud voice boomed from the back of the sanctuary as he slowly walked towards the pulpit reciting Revelation 7:9-10. It was such an impactful moment for me, and the memory rose to my mind as I visited that church on the way to Mizan Teferi, where we experienced a taste of God’s coming Kingdom.

“After this I looked, and there was a great multitude that no one could count, from every nation, from all tribes and peoples and languages, standing before the throne and before the Lamb, robed in white, with palm branches in their hands. They cried out in a loud voice, saying, ‘Salvation belongs to our God who is seated on the throne, and to the Lamb!’” —Revelation 7:9-10