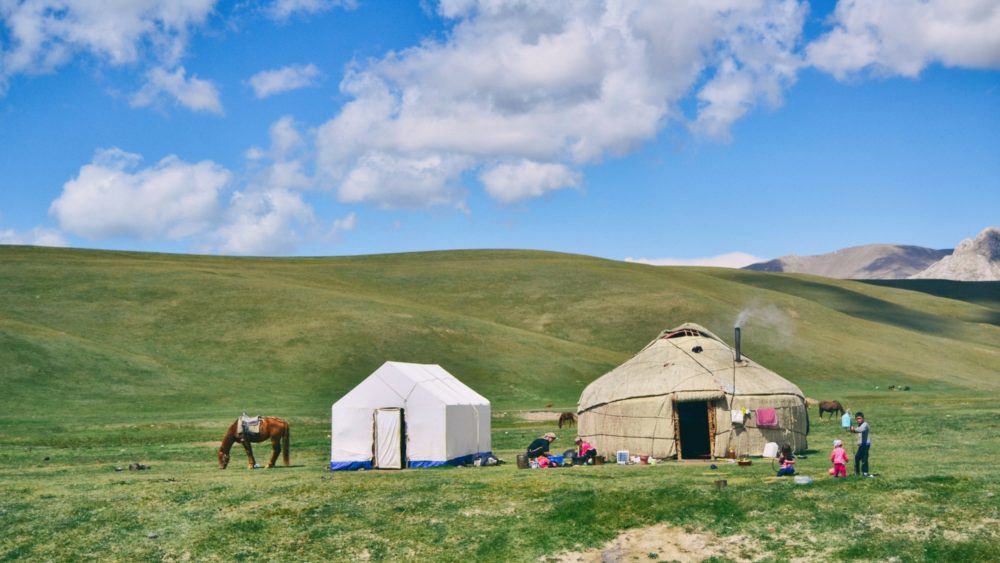 To the Last Nomad

Long ago, the 14th century Mongol empire was the largest territorial empire in history. Storied names like Genghis Khan and Kublai Khan established reigns of both terror and peace. Genghis Khan was the warrior khan who united the tribes of the steppe and then pushed west into China and east into Islamic lands. His son, Ogedai, enlarged the Mongol nation and pushed north into Russia. Genghis’ grandson, Kublai, conquered all of China and declared himself emperor of the new Yuan dynasty. Over the centuries, old empires fell and new ones emerged. Today Mongolia is bordered by two political giants—Russia to the north and China to the south.

Mongolia is a rugged country of mountains, desert and grassland steppes dotted with nomads’ gers. Only three million Mongolians populate this scenic nation from more than 25 ethnic groups, including the Khalkh, Tuvian, Khazakh and Buryat. Most of them are considered unreached—people groups with little or no access to the Good News.

Nomads comprise over one-fourth of Mongolia’s population. They are farmers and herders, moving from time to time in search of fresh pastures. During the winter months, they settle in one place to ride out the frigid temperatures. Their life and work is arduous and their numbers are slowly dwindling as young people move to the towns and cities.

Few opportunities exist for nomads to access the Gospel and fellowship with Christians, but Mongolian churches have not forgotten them. One of the largest Christian ministries in Mongolia is Campus Crusade for Christ (MCCC, a division of CRU), which began reaching out to Mongolians in 1991 with the Jesus Film. Since then, MCCC’s team has grown to 120 staff members. For the last 10 years, MCCC has engaged in ministry among nomads and is actively seeking to expand this outreach, even into neighboring China where many more Mongolian nomads live.

MCCC staff build “nomad teams” comprised of college students, local Christians and other volunteers. Utilizing all-terrain vehicles and horses, these teams visit nomad families three or four times a year and sometimes stay with them for a month. They participate in the normal activities of the family—cutting hay, doing farm chores and helping with herds—and when the opportunity presents itself, they share the Gospel.

Once, while visiting the countryside, a nomad team encountered a boy at a gas station. They asked if he knew where they could buy some airag (fermented mare’s milk). He told them it wasn’t available to purchase, but invited them to his ger where they could have all the airag they wished to drink.

When they arrived at the ger, they noticed a Bible on the bed and asked the boy about it. He told them it belonged to his mother and that she had been attending a church for a few months. She was not home at the time, so they asked the boy if they could meet her.

Meanwhile, the boy’s parents were in a field a short distance away milking their mares when they saw the MCCC team’s white car approach their ger. The sight of the car reminded the husband of a dream he’d had the night before. In his dream a group of people in a white car drove to their ger and came inside to meet his wife. The man thought to himself that if the dream were really true, the people he was now seeing at his ger would come into the fields to find his wife. Imagine his amazement as he watched his son lead the team out into the fields to meet them! The man told the team his dream, and they shared with him the Good News of Jesus.

Nomads have traversed Mongolia from the days of Genghis Khan to the present. Kublai Khan’s mother was a Nestorian Christian. Kublai met Marco Polo and challenged him to return to Mongolia with 100 Christian teachers, but Marco was never able to meet the request. Instead, as the years went by, Mongolians turned to Buddhism, Islam and Shamanism. But a new day is dawning. Mongolia’s young Church is taking the Gospel to cities, towns, villages and pastures. The nomads will not be forgotten.

Join me and Frontier Fellowship as we pray for MCCC’s ministry, “To the Last Nomad.” May the mountains tremble and the hills rejoice as Jesus is proclaimed far and wide. 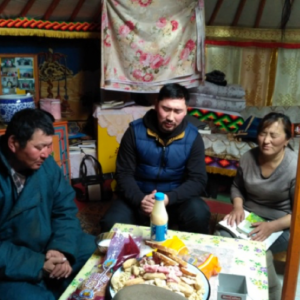 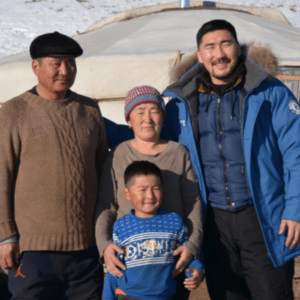