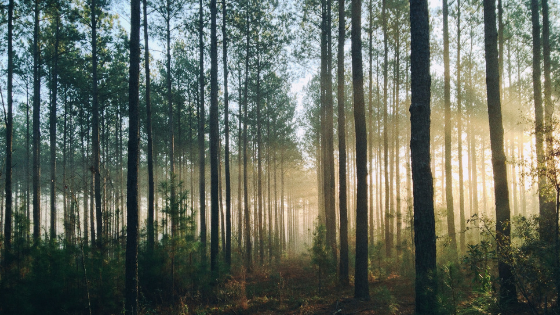 The One and the Many

During my dissertation studies, I read several philosophers who referred to the philosophical problem of “the One and the Many.” The haunting question can take many forms. Is the universe more like a single reality or a complex set of interlocking pieces? Is the cosmos more like a forest or a multitude of trees? If it is singular, is there a unifying principle undergirding all things; is it held together by a transcendent reality such as God? On the other hand, the idea of “the many” highlights humans perceiving reality in terms of individuality or particularity. There are many nations, many species, many languages, etc.

A few years ago, I came across New Testament scholar Richard Bauckham’s little book, Bible and Mission: Christian Witness in a Postmodern World. I was fascinated to read how his careful reading of the Bible uncovered a missional hermeneutic that explored the themes of universality and particularity throughout the biblical narrative. Bauckham argues that the biblical narrative reveals that the one God is identified in a particular relationship to Abraham, Israel and Jesus “in order to be the God of all people and the Lord of all things” (Bauckham, 2003:13). In this hermeneutic, I saw a version of “the One and the Many” displayed as a major biblical theme or pattern.

Bauckham notes that the biblical narrative moves from the particular to the universal in three dimensions: temporal, spatial and social. The temporal movement (1) runs all the way from creation to the eschatological future. Bauckham asserts that temporally, “mission is movement into the ever-new future” (Bauckham, 13). So, the Bible’s story that runs from Genesis 12 to Revelation 21 moves from a particular past towards the universal future.

The spatial movement (2) reflects a geographical trajectory from one place to every place; from the center to the periphery—from Jerusalem to the ends of the earth. Acts 1:8 recalls that the empowering work of the Holy Spirit will take Jesus witnesses from Jerusalem to Judea to Samaria to the ends of the world. Bauckham avers, “spatially, then, mission is movement towards ever new horizons” (Bauckham, 14).

The third dimension is social; movement in time and place is also movement of people. The Old Testament, Bauckham notes, reckons time in genealogies and the New Testament measures space in journeys. The Bible recounts a story that moves from the one to the many: from Abraham to the nations, from Jesus to every creature. Socially, then, “mission is a movement that is always being joined by others, the movement, therefore, of an ever-new movement” (Bauckham, 15).

Last week was Holy Week, and one way of construing this holy period of time is to mark it as Jesus’ journey to Jerusalem that concludes at the cross. Jesus goes to confront the religious authorities, to cleanse the temple, to offer himself as an atoning sacrifice—a lamb led to the slaughter, finally, he is nailed to a cross to die for the sins of the world (the postscript to the journey is the empty tomb!).

A fourth movement from the particular to the universal that Bauckham sees in Scripture, describes all the others—the temporal, spatial and social. It is “the movement to all by way of the least” (Bauckham, 49). Remember Paul’s memorable words to the Corinthians:

During Lent and Holy Week, I’m always reminded of God’s strange strategy to conquer sin and death through weakness. Scripture shows me that Jesus is both Royal Son and Suffering Servant. The kingly Messiah role I readily understand; the lowly servant always stretches me. On Palm Sunday, we read in Matthew 21:5, “See, your king comes to you, gentle and riding on a donkey…” This paraphrases an Old Testament prophecy where we read a fuller description of this royal figure: “Rejoice greatly, O Daughter of Zion! Shout, daughter of Jerusalem! See, your king comes to you, righteous and having salvation, gentle and riding on a donkey…” (Zechariah 9:9). King, righteous, having salvation (victorious)… these attributes pair with Jesus as gentle, riding on a donkey in a striking kind of paradox.

Another passage also brings these two seemingly contradictory images together. Jesus’ baptism by John features a voice from heaven, “This is my Son, whom I love; with him I am well pleased” (Matthew 3:17). The mention of “my Son” recalls Psalm 2:7, and “with him I am well pleased” points to Isaiah 42:1. Psalm 2 is a messianic psalm and Isaiah 42 is one of the Servant Songs. The Messiah-King also is the Suffering-Servant.

New York preacher, Tim Keller, comments on Jesus’ work as a servant-king. He says, “here is the rightful king who, nevertheless, does not use the power of the king to accomplish his mission.” No brute force or coercion or legion of angels. Instead, serving and suffering on behalf of others. Is not this the way of love? Is not this a pattern for those who follow Jesus?

I wouldn’t be the first Protestant observer to wonder if we rush through Holy Week a bit too quickly in order to say and sing “Hallelujah.” Many of the churches I have served hold either a Maundy Thursday or a Good Friday service, but not both. Our Roman Catholic and Anglican friends usually have enough liturgical energy to mark both days: the poignant time at table called the Last Supper and the dark shadows of the Crucifixion. (I’m addressing my need for paying more attention to Jesus’ suffering by listening to a recording of Bach’s Mass in B minor).

Jesus makes his journey from triumphal entry to empty tomb as a solitary figure. Yes, there are crowds on Palm Sunday, disciples in the upper room and women weeping near the cross. But traveling on this road for Jesus is a challenge for him alone. It is not an easy road: “If possible, may this cup pass me by” (Matthew 26:39). I marvel at the features of His singularity, the ways of seeing His unique person and work. They are like the facets on a diamond. Jesus alone is the beloved Son, Savior of the world, promised Messiah, Good Shepherd, Servant-King—and finally, Lord of lords.

Here is the one son of God who took on human flesh; His mission as a servant culminates in giving His life as Savior. And we belong to the many: the Church, the world, the nations, the unreached, persons and people groups waiting to hear Good News.

In the big picture, according to Bauckham’s hermeneutic, mission is a movement that is always being joined by others (gaining access). My vocation as a mission worker includes sounding the alarm that people are being left out. Ethnic people groups, particularly in Asia, North Africa and the Middle East—are hidden away from the influences of Bible, church and mission. If only someone will represent King Jesus but not resort to the power of the king; if only someone will cross boundaries and dividing walls to say and show the love of God poured out in Jesus. My privilege is to invite the Western Church to participate in sharing this good news of the one with the many. So many are waiting to experience God’s amazing grace and abundant love.

It is one of my privileges as a follower of Jesus to pay attention to the strange and wonderful “many” who comprise global Christianity. Jesus followers can be found in every nation. More Christians live in the Global South regions (almost 70%) than in the Western world. The one Gospel is moving among many persons and nations, and moving into those unreached people groups that we pray soon will be reached. Together we form this glorious mosaic of cultures and languages. My favorite picture of “the many” in scripture is found in the Bible’s last book.

“After this I looked, and there was a great multitude that no one could count, from every nation, from all tribes and peoples and languages, standing before the throne and before the Lamb, robed in white, with palm branches in their hands” —Revelation 7:9.