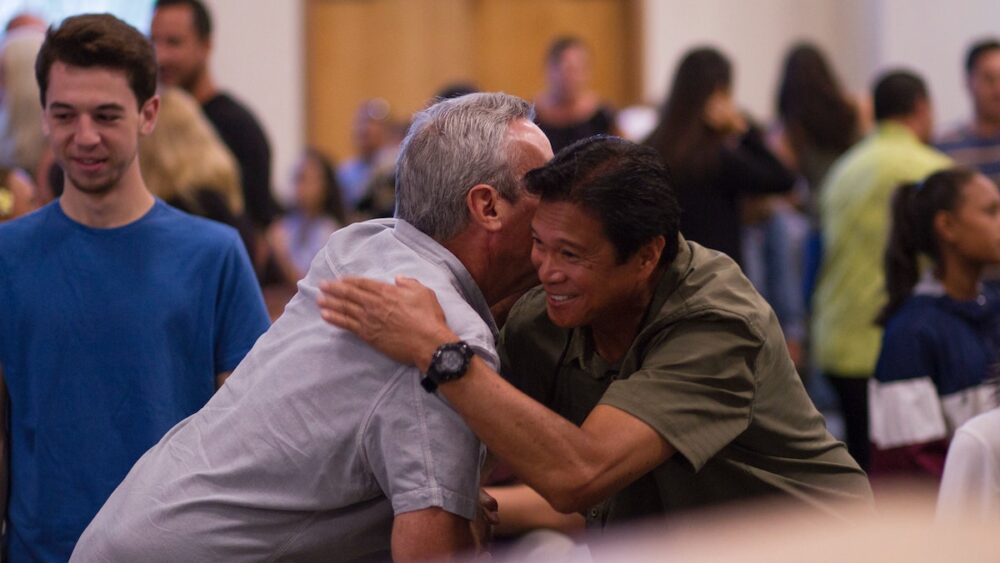 The Blessings of Connection

A friend of mine who used to work for Frontier Fellowship introduced me to the importance of focusing our mission efforts. Making mission specific helps mission be effective. This idea, in many ways, represents what Frontier Fellowship is about—we believe that the more intentional churches are in engaging with peoples who don’t yet have access to Jesus, the more effective the mission of these churches will be!

We encourage intentional connections between indigenous followers of Jesus and churches around the world. Relationships are key—we want to continually grow closer to our international partners and help churches do the same!

God often blesses connections in ways we might not expect. Recently, I was able to attend the ECO National Gathering in Dallas, Texas. While there, the Lord brought me deep encouragement by reconnecting me with an old neighbor and introducing me to a new friend.

Before I arrived, I had learned that my next-door neighbor from when I was in seminary was also going to be there. I hadn’t seen or connected with him since I graduated from seminary over 10 years ago. Just a few months ago, he became the President of the Evangelical Theological Seminary in Cairo—Rev. Dr. Hani Hanna. While I knew he would be there, he didn’t know I would be; his genuine joy at seeing me again quite literally took my breath away. This renewed connection of friendship moved me more than I anticipated it would.

While in Dallas, I also met one of the pastors at Highland Park Presbyterian Church—Nelson Bell. When I heard his name, I immediately wanted to ask if he had a connection to the Bells that served as missionaries in China. Ruth Bell (who later married Billy Graham) had grown up in China, but had attended the same school in Korea for children of missionaries that my own grandfather had attended. My maternal grandfather was born and raised in China, his father having moved there in 1905 as a medical missionary. Dr. Nelson Bell had been caring for my great-grandfather as he suffered through an illness that would eventually take his life in 1929.

Much to my delighted surprise, the Nelson Bell I met is the grandson of that very same Dr. Bell! Sometimes we think of the mission world as an especially small community, and this providential meeting certainly seems to illustrate that. But if we shift our perspective slightly to see the deeply personal and specific connections that God offers the mission world, then we are able to thank Him for these relationships and the blessing they are to not only us, but the Kingdom.

Relationships are difficult. They are hard to maintain. It’s much easier to drift away. But sometimes God draws us back together or invites us into new connections. And those blessings that God brings us—whether we expect them or not—are encouraging and joyful glimpses of the fullness of God’s Kingdom.