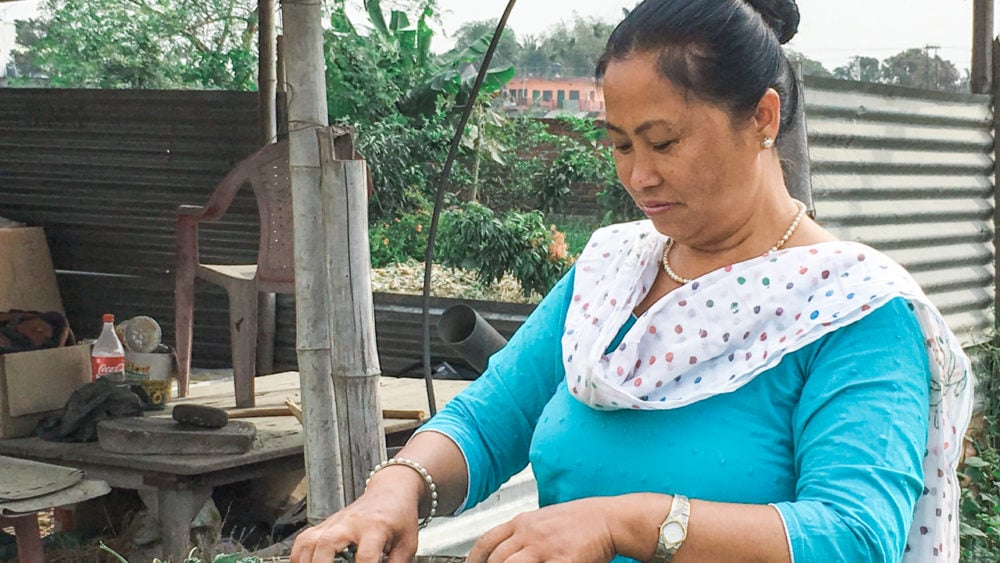 Since returning from South Asia, where I visited with believers in the foothills of the Himalayas, I’ve pondered a question posed to the attendants of the Call2All conference for mobilizing Asian outreach to the unengaged. What does Good News look like?

Asian evangelists at the conference listed mosquito nets, midwifery training, clean water and the host of ministries we’ve come to recognize as integral to engaging people through their felt needs. Some participants talked of interpreting dreams for Muslims and casting out demons. I wrestled with the Western representation of that challenge. What would Good News look like to my neighbors here in the United States?

I realize we have hunger, homelessness and a host of other physical and emotional needs in our own country. Yet what could I say, or bring specifically, to my neighbors that would be life transforming? I could share a book, a tract or music and movie suggestions. But they’ve already heard the Gospel message and dismissed it. Neither a mosquito net nor a Biblical tract is going to open the door to engagement. Most folks would rather solicit government agencies than take charity from the Church.

Since I’ve returned, the few times I’ve mentioned my encounter with a South Asian church—where healings and exorcisms are regular encounters—my listeners have responded with disconcerted silence. And I have yet to hear someone say to me (as my South Asian friends have experienced with seekers who’ve been given dreams or visions): “I’ve been waiting for you.”

So, really, what have I to offer the unengaged and agnostic of my neighborhood?

“Love the Lord more today than you did yesterday,” softly came the lovely closing of an email from my South Asian sister, Sareeta, as I pondered this very blog entry. Then came the memory of my serendipitous time with another sister in the region. I’d landed there a second time by accident—a snafu with my visa that didn’t allow me to travel with the rest of my group to our next destination.

I arrived at Hannah’s house the afternoon she would break her fast. She’d been praying over months and years for folks God put on her heart. She prayed and fasted three days each week for specific women—neighbors God had chosen specifically for her to befriend. She prayed not only for each of them by name, but included family members and their felt needs as well.

The following morning, one of those women came to Hannah’s kitchen door. Hannah felt compelled to lay hands on her in prayer and invited me to join her. Because the woman had just accepted Christ, her family had become suspicious and hostile. Although I couldn’t understand her language, I sensed the reassurance in Hannah’s voice as she named the members of the woman’s family.

Hannah then shared with the woman a few ears of corn, some beans and fresh coriander and dill from her garden. The two hugged and exchanged neighborly pleasantries. As she departed, the woman thanked me personally for praying for her. She pressed her palms together and bowed her head: “Namaste,” a customary salutation among Hindus acknowledging the divine nature humans share.

When the woman left, Hannah cheerfully praised God for His grace that compelled the woman to seek out a New Testament a few weeks earlier. The neighbor had been experiencing a yearning in her spirit, a sense of emptiness when she offered sacrifices at the Hindu temple. God had opened her heart to possibility in a brief encounter with Hannah, who’d been praying for this woman for months.

Later, as Hannah and I chatted over ginger lemon tea, she shared stories of other neighbors and their struggles and God’s miraculous interventions. And she was convinced the conversion of the entire family was integral to the birthing of each new house church. She smiled, confident a new church was about to be born a few blocks away.

“The battle is already won,” she assured me. For God had gone before them. God had stirred her neighbor’s curiosity and prepared Hannah to be the bearer of Good News.

Again the book of Acts came to my mind, and in particular the conversion of the jailer and his family. Paul and Silas were simply faithful, praying and singing hymns, content in their incarceration, when an earthquake broke the shackles of all the prisoners and opened the doors. Good News came that night to the distraught jailer on the verge of suicide in Paul’s assurance, “Don’t harm yourself, we’re all here.” But it culminated in the salvation of the jailer’s whole family and the birthing of another house church.

And for Hannah’s neighbor—what did Good News look like? I believe it was illuminated in the prayer of confidence offered by a humble South Asian woman and the quiet companionship of her international guest. Just my presence in their rural town gave this woman boldness to follow where God was leading her. God had brought me there that day to pray for her.

That experience often comes to mind during my daily devotion time. And it sometimes ambushes my consciousness as I interact with folks or post to friends on social media. Who is it that I, through prayer and fasting, might introduce to Jesus?