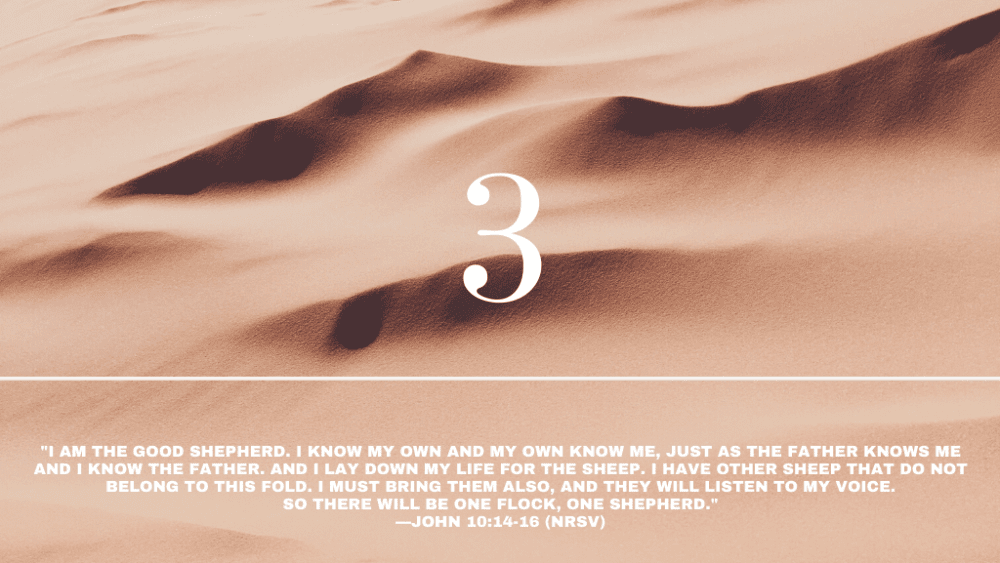 As a boy in South Sudan, Alek spent his days shepherding his family’s livestock. He led them to the nearest and best sources of food and water. He kept them safe from predators and other dangers. He gave each of them nicknames and knew all their unique markings. His family’s well-being depended on his ability to know and care for their flocks.

I am the Good Shepherd. Coming from a pastoral society, the disciples must have resonated with Jesus’ use of this metaphor. Here Jesus alludes to Himself as a shepherd of scattered people. His mission—which will eventually cost Him His life—is to rescue and gather everyone into the household of God. He creates a mutual and intimate belonging between God and humanity. He’s a Good Shepherd like no other.

Alek is now a young pastor, shepherding a different kind of flock: people who want to follow Jesus. He also started an orphanage to protect and nurture vulnerable children.

Tragically, famine and conflict have displaced 4.3 million people from South Sudan in recent years. More than 1.5 million have been forced to seek refuge in neighboring nations, including Alek and members of his community. Families have been separated. They’ve lost everything: relatives, friends, homes, livestock and livelihoods.

Today Alek travels between refugee camps looking for unaccompanied minors and orphans, including those who fled his orphanage when violence broke out in their town. He’s gathering them into foster families to ensure their safety and care and dreams of helping them return to South Sudan someday. Alek is pouring out his life on behalf of the people God has placed in his charge—a beautiful witness to Jesus, the Good Shepherd.

Imagine Bethlehem’s shepherds gathered around the newborn Jesus that starry night long ago. Did they know that He’d grow up to be a shepherd, too? Could the bleating of their flocks nearby remind us of the cries of a world calling out for a God who satisfies every need (Psalm 23)? Like these shepherds at the first Christmas, what inspires awe as you consider the Good News of a Savior? How is God asking you to respond to the cries of His most vulnerable sheep in your community or around the world?