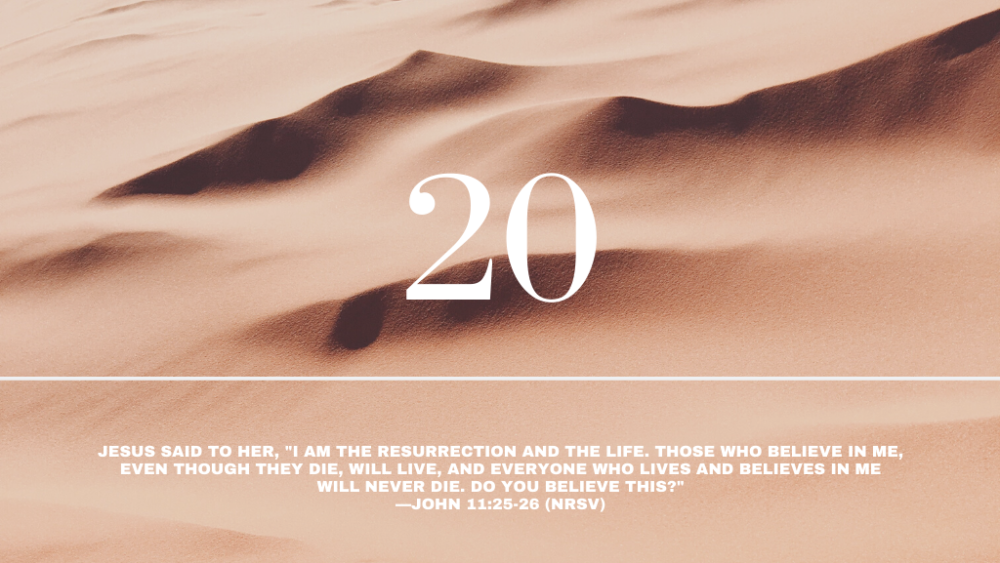 Lazarus had been dead four days when Jesus met Martha on the road into Bethany. Distraught, she grieved not only her brother’s death, but also her hope that Jesus would save him.

“I am the resurrection and the life.” Jesus makes the bold assertion that He Himself is the very source of life, not simply a sign-bearer pointing the way to a future eternity with God. We need not wait to begin living in Him.

Like many young Egyptians, Khalid’s Muslim faith had grown dull. Cell phones, satellite signals and the Arab Spring had opened up the world, igniting his hunger to live with passion and purpose.

On the bus one day, some Christian literature caught Khalid’s eye. His heart stirred—so much so that he began meeting secretly with Christians to ask questions. Khalid’s parents were angry when they discovered his interest in Christianity and sent him to Saudi Arabia to begin a rigorous re-education program in the virtues of Islam.

Try as he might to comply with his parents’ wishes, nothing had changed when he returned to Cairo seven years later. Unable to manage the increasing dissonance in his soul, Khalid began abusing drugs and alcohol. His life unraveled.

Months later, Jesus appeared to him in a dream and beckoned Khalid to come to Him. Upon waking, Khalid knew it was time to begin following Jesus wholeheartedly.

It hasn’t been an easy road. Khalid has endured the anger and rejection of his family and community and worked diligently to wean himself from his addictions. But he’s never felt more hopeful. Like Lazarus, Jesus miraculously called Khalid forth to life.

Do areas of your life feel dead—listless, lifeless or lost? How is Jesus calling to you? Listen for His invitation to healing and revitalization. Thousands of Muslims today are experiencing the same crisis of faith that eventually led Khalid to Christ. Pray for them to have opportunities to meet Jesus and find abundant life in Him (John 10:10).