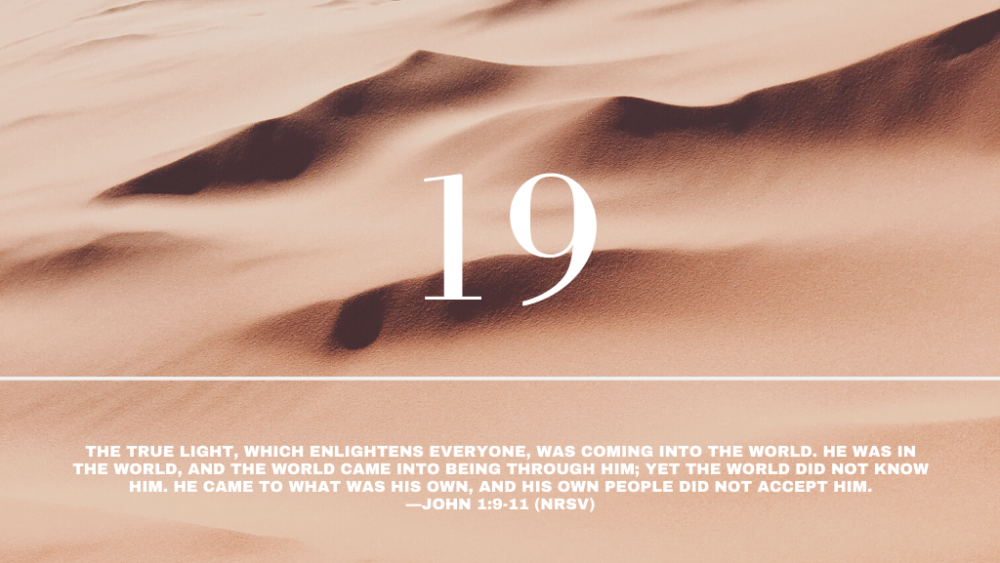 The global refugee crisis has reached unprecedented levels. Of the world’s 70.8 million forcibly displaced people, 25.9 million—more than half of whom are children—have sought refuge beyond their countries’ borders. More than 41 million are internally displaced, and at least 3.9 million are stateless, denied a nationality and access to basic rights. A person is displaced nearly every two seconds, and 37,000 people per day flee their homes due to conflict or persecution (UNHCR, 2019).

Like refugees today, Joseph, Mary and Jesus had to leave their home under fear of death and seek safety elsewhere. They traveled nearly 100 miles to reach the border of Egypt, where they stayed for some time beyond the jurisdiction of the violent King Herod (Matthew 2).

While the circumstances of Jesus’ birth and infancy were vulnerable, His very entrance into human history was characterized by His willingness to take the form of a stranger. John describes the arrival of Jesus as one who was unrecognized and rejected by the world He created. Though all of life came into existence through His power, even His own people were unresponsive when God walked in their midst.

As Jesus taught His disciples about life in the Kingdom of God, He identified with the hungry, thirsty, naked, sick, imprisoned, homeless and outsider (Matthew 25:34–45). He spoke about the natural response of a heart transformed by His grace, leading to compassion for “the least of these.” By caring for the destitute and displaced, it’s as if we encounter Jesus Himself in the strangers among us.

Just as Jesus showed up in our world in an unexpected way, He continues to reveal Himself to us where we often least anticipate. Could it be that His coming to us as a stranger is one of the ways He opens our eyes to those we’ve disparaged or overlooked? As recipients of grace from the Father (Matthew 25:34), we can turn to our neighbors with empathy and welcome.

Ask Jesus to illuminate your vision so you can see His image reflected in the people around you, especially those aching for a place of safety and belonging. When have you felt alone and in need? What area of your life feels unseen or unknown? Because of Jesus’ life as a stranger on this earth, receive the gift of welcome into an eternal home.