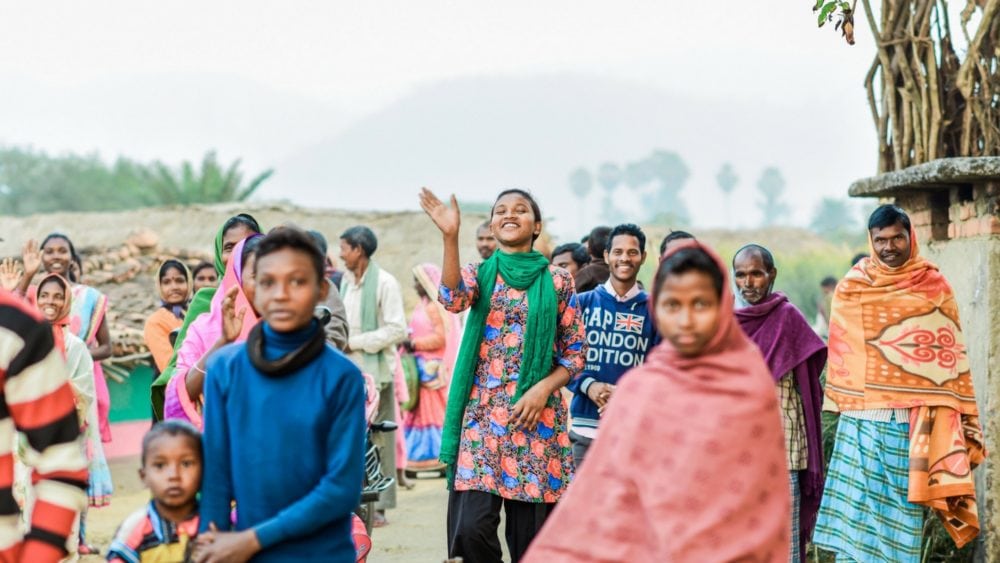 I found myself counting while I was in South Asia.

I counted the number of people we saw who weren’t from South Asia. During our two weeks there (not including our time at the airport), I counted a total of seven. We definitely weren’t traveling in tourist areas.

I found myself counting the number of house churches we visited. Each was literally in a home; many times we gathered in the one bedroom of the house. During each worship service, 2–3 people would stand up and relate how Jesus had transformed their lives.

I particularly remember one church. As we approached the house, we heard singing—joyous singing. Once inside, I looked at the many faces around us. There was one woman who sang with a smile that wouldn’t stop. Joy was written all over her face. I’ve heard the expression “her face glowed.” Now I know what that means. I saw the glow! She had received Christ, and her daughter had encountered Him through her. They shared how their lives had changed because of Jesus. The daughter’s little boy played in front of us, a sign of the legacy now building through that family’s faith—a legacy of knowing Jesus.

We heard so many stories from new Christians in these house churches. Often it was a story of healing, a miraculous healing. Over and over we heard how medicine was unable to help a person who was sick, but then he or she met a Christian who encouraged them to place their trust in Jesus and pray to Him for healing. And Jesus answered and healed them—proving powerful over the gods to whom they’d prayed in vain for help.

I found myself counting the number of new house churches. We spent one morning gathered in a room with 24 church planters. Each stood and told us how many new churches they’d begun in the last 12–18 months. The first person said he’d started 12 in the past year. That’s one a month. The second person shared he’d planted 10. The third person said she’d started 14. I began writing down the number of churches started by each person there. When I finished, I realized those 24 people had started 561 new churches in that region! What’s even more amazing is this is happening on a much larger scale throughout South Asia.

It would be easy to count only signs of the poverty we saw in South Asia. There is so much deep poverty. Yet instead, I left South Asia with hope because Jesus is doing a great work there. There’s a powerful movement towards Christ in South Asia. Jesus is showing up in so many people’s lives. I left rejoicing. What a privilege it was to be welcomed by joyful brothers and sisters and see what Jesus is doing.