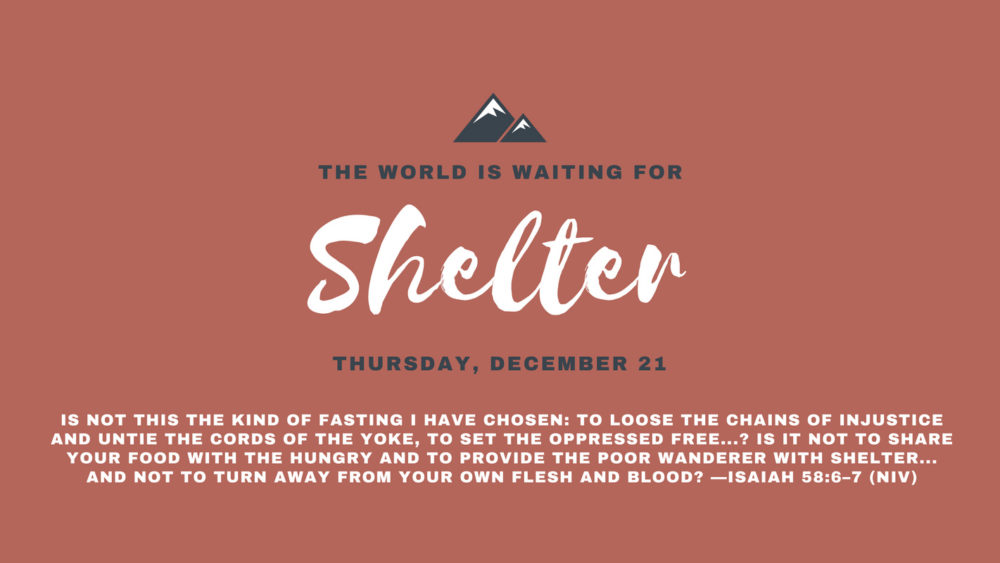 For 20 years, I’ve been a part of the “Housing First” movement assisting the homeless of California. We discovered through this approach that if we provide rapid re-housing for the homeless, they can work on the issues that initiated their homelessness in the first place. Across the globe, we’ve learned the foundational building block for growth and community is stable housing or shelter.

On the other side of the world, the Rohingya people are experiencing the destruction of their homes and communities. This ethnic minority group has been culturally and politically isolated by Myanmar’s Buddhist majority which has persecuted them for decades. Amidst heightened oppression this year, hundreds of thousands of Rohingya have fled for their lives and become refugees across the border in Bangladesh.

Isaiah 58 paints a picture of what devotion, sacrifice and faithfulness look like for God’s people. We’re not only called to pray for refugees like the Rohingya or the homeless of our own cities; we’re called to respond in practical ways to those who are impacted by injustice. Feed people who are hungry. Provide clothes, basic household items and toiletries to those who lack them. Support programs that provide the homeless with a place to stay.

A homeless friend recently offered a prayer: “Jesus, You were homeless. What was it like for You—sleeping on the hard ground of a Galilean hillside…a ‘bed’ just like mine? What did that ceiling of stars mean to You? Did it remind You of the care of Your heavenly Father, or was it another sleepless, empty, solitary night to endure?”

Can you imagine what Good News might look like to a refugee in Southeast Asia or to the homeless in your community? As you pray for the shelterless, how is God asking you to respond in a practical way to those longing for a home?