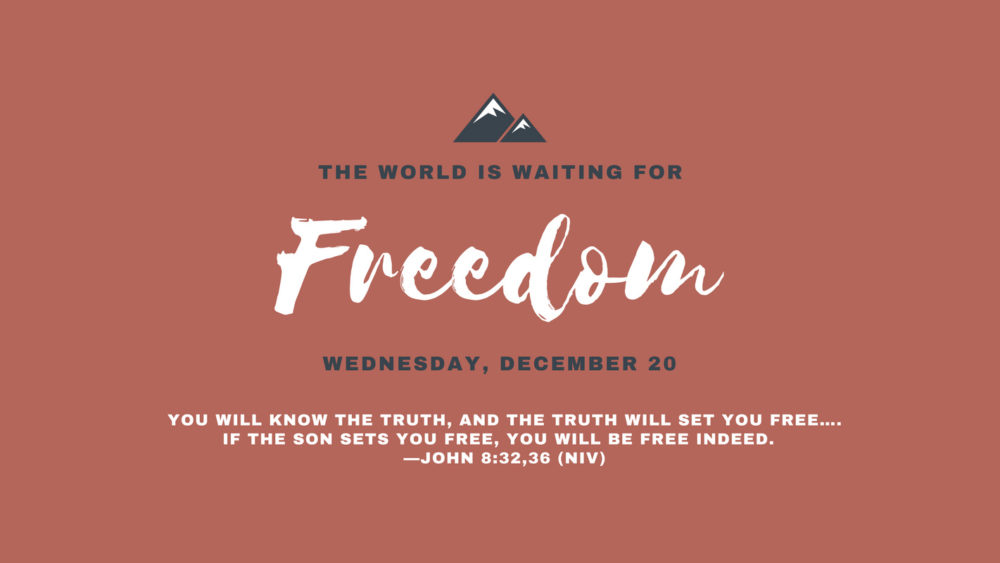 So many of the unreached people groups in the world today live in bondage. For some, it’s bondage to false gods or religions, which often result in poverty and oppression. When my wife and I lived in Ghana, we read in the newspaper about parents who sold their daughters to priests who abused them physically and emotionally—a heartbreaking example of the devastating effects false beliefs can have on communities.

For others, their bondage is to cultural practices. These traditions and structures bring poverty and oppression, such as when poor people spend all they have and borrow much more to put on a large funeral for a relative to appease the spirits of their ancestors.

In John 8, Jesus tells His disciples that if they follow His teaching, they’ll know the truth and the truth will set them free. But it’s more than that. Jesus goes on to say that true freedom comes when the Son sets them free. True freedom isn’t just in Jesus’ ways; it’s found in Jesus Himself.

But notice that Jesus is addressing the religious leaders of the Jews in these words from John 8. We need to be careful that we’re living out of that true freedom, not caught up in the bondage of our own culture—dependence on money and material goods, ways that bring hatred and divisions between people, concern only for what pleases us.

Ultimately, freedom comes as we encounter Jesus, grow in our understanding of the truth and trust Him as He leads us from bondage to liberation. So how can we invite more people into their own experience of this freedom?

May we be people who embrace the freedom Jesus offers, generously welcoming others—especially those who haven’t yet heard—to walk with Him into the wide open spaces of God’s Kingdom.