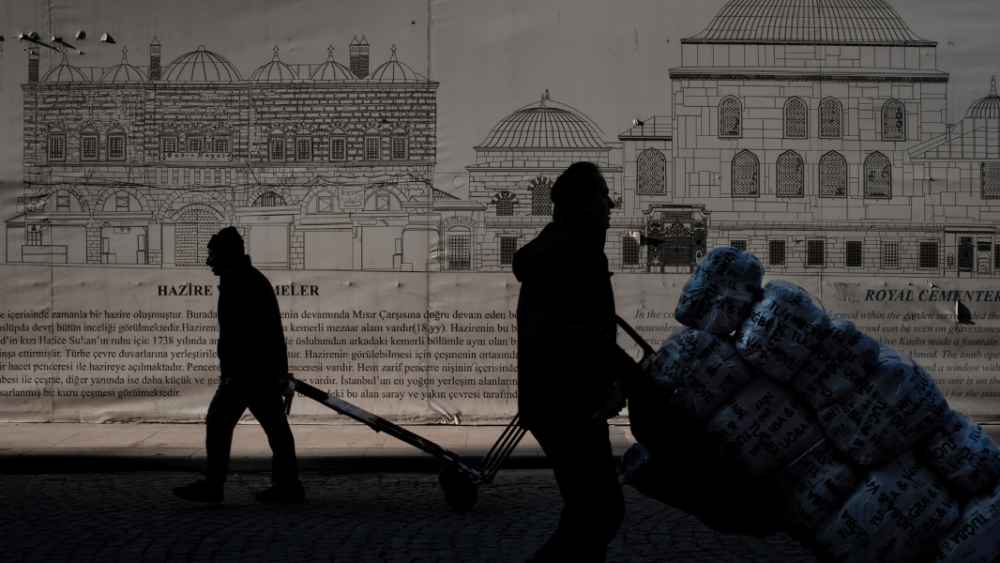 Nineteen Frontier Fellowship friends from the US are on a vision trip in the Middle East to learn from our ministry partners about how the Good News of Jesus is transforming lives. Experience this partner visit through the eyes of those traveling with Associate Director Dan McNerney.

“Rejoice always, pray continually, give thanks in all circumstances; for this is God’s will for you in Christ Jesus.” —1 Thessalonians 5:16-18 NIV

The most impactful part of this trip has been the people we’ve met from the Middle East and their stories. Some are theology students. Others are family members of martyrs or church leaders in the diaspora. I’ve never met more fearless, passionate and hopeful believers. Despite the dire state of their home nation politically, socially and economically, all of them spoke with great joy and hope about the incredible ways God is moving and the preparation that needs to be done for the continuing harvest. Each of them lives out 1 Thessalonians 5:16-18 to the fullest.

One woman, a theology student, and her sister both came to faith 18 years ago. Years ago, when she and a dozen others were together studying a scripture about suffering and persecution, intelligence officials raided the house and arrested them. She spent 12 days in prison. While there, she shared the Gospel with prison guards, her arresting officers and other inmates, including a woman with a death sentence who was executed days after she accepted Christ. The warden said he was encouraged by the unity, devotion and character of the Christians in the prison. The theology student told us that she and the other Christians used to often pray that they wouldn’t get arrested. Through their experience in prison, they realized that God had purpose for them there and were grateful He was able to use them.

As Christians, we’re called to give thanks in all circumstances, but have you ever thought of giving thanks for the time you spent in prison because of your faith?

On Sunday, we worshipped in a Farsi-speaking church. Most of the 100 congregants had fled the Middle East recently. As I looked out at them, I couldn’t help but wonder what each of their stories were—where they came from, how they got here, what fears they’ve had to face in order to be in this place. And yet, even in the relative safety of their host country, there are still many obstacles to overcome. Many are waiting for the government to process their cases. Some have been granted refugee status but are not permitted to leave the town where the church is located. Despite the struggles they’ve overcome, and the struggles they’re still navigating, they sing of joy and God’s faithfulness. They are rejoicing.

After church, the pastor shared his story with us over dinner. In 2012, he was leading a house church in the Middle East that had grown to 200 believers. Even though they worshipped in smaller groups that met in different homes, they were discovered by intelligence officials. The pastor was arrested while he was preaching, and held in solitary confinement for over a month. He wasn’t allowed to leave his cell except to be interrogated for eight hours each day. He was in prison for more than three years, during which time he shared the Gospel with those around him and even advocated for his fellow inmates by going on a hunger strike for 50 days. When he was released four years ago, he fled the country with his wife and young son.

I’ve been so humbled by each of the believers we’ve met—their faithfulness, joy, fearlessness and trust in God’s plan and provision. I’ve never before met Christians who so faithfully follow Paul’s instructions to “rejoice always, pray continually, and give thanks in all circumstances.” They know what it means to carry the cross, and there is so much we can learn from them.