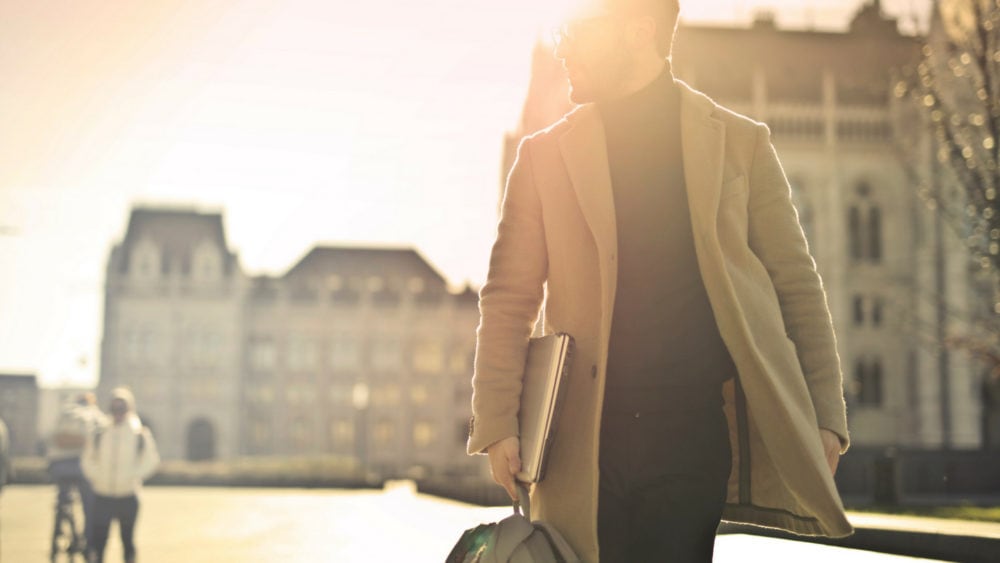 My name is Mohsen.* I was born and raised in Iran by a devout Muslim family. From my early childhood years, I was wholeheartedly committed to Islam. And growing up, I did my best to perform all the requirements of the Islamic law.

After graduating from university in Tehran, I immigrated to the UK in hopes of acquiring a better standard of living. My first home in the UK was in Scotland. There I began my first food production business. Whilst trying to settle into a new life in the UK, I began to feel a deep dissatisfaction with my faith. While I was committed to saying my prayers, giving my alms and visiting the mosque regularly, I was frustrated with Allah. He always seemed distant. It seemed as though he didn’t want to have a relationship with me. Allah was inaccessible and he didn’t love me.

Due to these growing frustrations, I began to read a few books on the Islamic faith. My hope was to find some answers to my growing doubts. The more I read about Islam and dug deeper into my faith, the more cynical I felt about it all. Gradually, I lost my faith in Allah and became an atheist.

Through the years, I became very successful in my business. I became known as one of the most successful businessmen in the food production industry in my city. However, not long after reaching the peak of my success, I made a poor business decision and ended up bankrupt. I lost everything. Simultaneously, due to ongoing problems at home, my wife left me and filed for divorce.

One day out of extreme desperation, I fell on my knees and prayed to God: “Oh God, if you exist, please set me free from this situation. And please change me. I hate the person I’ve become.” After a couple of nights, I saw a peculiar shape of a fish on the wall of my living room. This shape was a shadow that was formed from the way the light bounced off the windows. Its appearance was strange to me. I couldn’t explain it, but I felt it was a symbol for something significant.

I had a Lebanese friend who was a Christian. He visited my home and saw the shadow of the fish formed on my wall. With amazement, he told me the fish was a Christian symbol. He shared with me about his faith and encouraged me to attend a church. I was profoundly impacted by his explanation of the Christian faith, so I decided to attend a local Catholic church.

Through attending that church, I became more and more drawn to Christ. But still, I didn’t have an experience of repentance. Then one day, again out of desperation, I prayed to God, asking Him to reveal Himself to me. As I prayed, I saw a vision. This vision was of sky and clouds and among them a cross with a human figure hanging on it. I saw the face of the figure and realised it was Jesus Christ who looked at me with eyes full of love. I started to cry and after a few minutes, the vision ended. That day, I repented and gave my life to Jesus.

I was hungry to grow in my faith. So I began to read the scriptures daily and listen to sermons. Moreover, the Christian faith transformed my understanding of life and business. I began to build my business again, this time with biblical principles informing my decisions. I learnt the importance of Christlike generosity, of His compassion for the needy. I knew any money I made belonged to God; my business was entirely His.

I then met a wonderful woman who gave her life to Christ and later became my wife. Together we moved to a city in southern England and started two restaurants in the city centre. There I started to attend an Iranian church. The Iranian brothers and sisters I met there have brought enormous blessings to my life and helped me grow as a disciple of Jesus.

Today, I’m trying to live a life pleasing to my Saviour, spreading the Good News of the Gospel among Iranians living in my city.