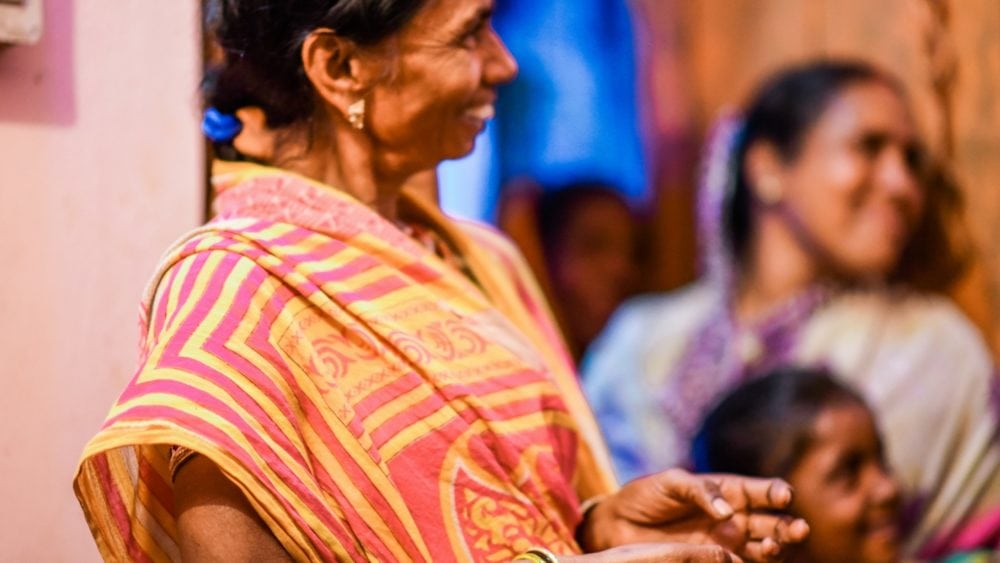 “The people living in darkness have seen a great light; on those living in the land of the shadow of death, a light has dawned.”  —Matthew 4:16 (NIV)

Like a wildfire raging, the Gospel is spreading in an uncontainable fashion in northern India. The Good News of Jesus is light to those living in darkness. It’s fresh water for the thirsty. And thirsty they are.

The thirst for the remission of sins is woven deep into the tapestry of Indian culture and spirituality. The River Ganges flows from the Himalayas to the Bay of Bengal in northern India and Bangladesh. Regarded as sacred by Hindus, the river’s waters are believed to purify the body and soul, wash away karma and give the remission of sins. Ritual bathing in the Ganges is an important part of the Hindu pilgrimage, and the ashes of the cremated are often spread in the river.

It’s against this cultural backdrop that our team from California flew halfway around the world to meet some of the newest members of our spiritual family.

Last October, we huddled in 104-degree heat and thick humidity in a modest two-room home to worship. There were about 20–30 believers sitting on the floor singing and praying. Some couldn’t fit in that room, so they overflowed to the other. After we sang, one of my team members shared a short message, and then it was time for testimonies.

One man stood up. He had a stoic expression and shared how he had been a witch doctor and used black magic to cure the sick. But when his own daughter was deathly ill, he could do nothing. He tried everything—spiritual rituals, medical doctors—yet nothing helped. It wasn’t until the followers of Jesus in his village prayed for his daughter that she was healed. This healing in turn resulted in his entire family coming to faith in Jesus.

Then another man stood up and spoke of his past life as a terrorist—how he was a murderer and thief, and how his guilt had led him to want to take his own life. On the day he was having these severe suicidal thoughts, a Christian approached him and shared the hope of Jesus. Even before our translator had begun to relate his story, I’d sensed the pain and then joy in his voice.

After this, a young woman in a beautiful white and gold dress spoke of how she had been possessed by demons and no one could help her. But when the people of God prayed for her, she was healed.

As the service wrapped up, this particular woman walked toward me and we embraced.

It was simple and uncomplicated.

In India, people have found not only physical healing; they have found profound spiritual healing.

It’s this shared redemptive healing that we all experience as believers. The power of the Gospel knits our hearts together in love—despite not even being able to speak the same language.