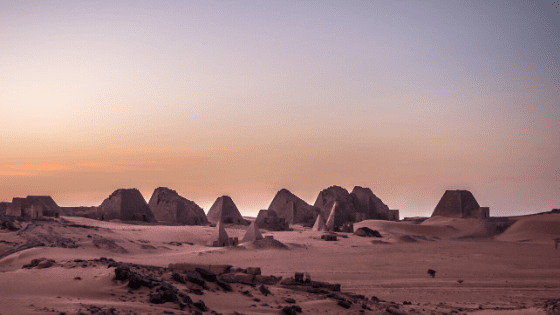 Yassir Eric was born into a resolutely religious Muslim family in Sudan. As a young man he hated all Christians and always said they should be eradicated from the community. During school holidays he traveled with his friends to the south of Sudan to kill Christians for sport. Personally, he knew just one Christian—a boy named Zachariah, the only Christian student in his school.

Zachariah was the kindest, friendliest person in the school, joyful and loving. Yassir despised him. He riled up his friends one night. Together, they severely beat Zachariah. They left him lying motionless on the ground in the woods. Zachariah did not return to school the next day or ever again.

Some years later, Yassir’s young nephew fell sick. He was hospitalized and remained in a coma for weeks. Doctors said there was no hope for recovery. Yassir was sitting in the hospital by his nephew’s bed one day when two Coptic Christians arrived. They had heard the boy was very sick and wanted to pray for him.

They asked Yassir, “May we pray for your nephew?” In his heart, Yassir wanted to say no, but in his culture one does not tell people not to pray, so with his mouth he told them, “Yes.” Yassir was amazed when he heard the men pray. They talked to God very naturally, as if God were right there with them. For the first time in several weeks, the sick boy opened his eyes. He was healed.

Yassir began to ask “Why?”—“Why did these Christians come to pray for a sick boy they didn’t even know? How could this be?” It was the beginning of his turning to Christ.

Yassir left Sudan to study the Bible in Egypt. One day a pastor arrived from a town in the Middle East. The pastor engaged him in conversation. “Don’t you remember me?” he asked. “I am Zachariah. I prayed for you every day because I saw how much you hated me.” Yassir was deeply ashamed and did not know what to say.

When he returned to Sudan, he had difficult, painful conversations with his family. He was warned that he would face harsh treatment if he did not renounce Christianity. He refused. He was arrested and placed in a filthy prison in solitary confinement. For many days, up to twelve hours a day, he was tortured in the most inhumane ways. He did not renounce his faith.

Disowned by his family, Yassir was adopted by a German family and given the surname Eric. He became a Lutheran pastor in Germany and has taken a key role in preaching the Gospel to Muslim immigrants in Europe. I met him at a conference where many North Africans, former Muslims, gathered to encourage one another and collaborate in God’s work. Thanks be to God for the inestimable power of life over death, of love over hatred, because of Jesus’ resurrection!