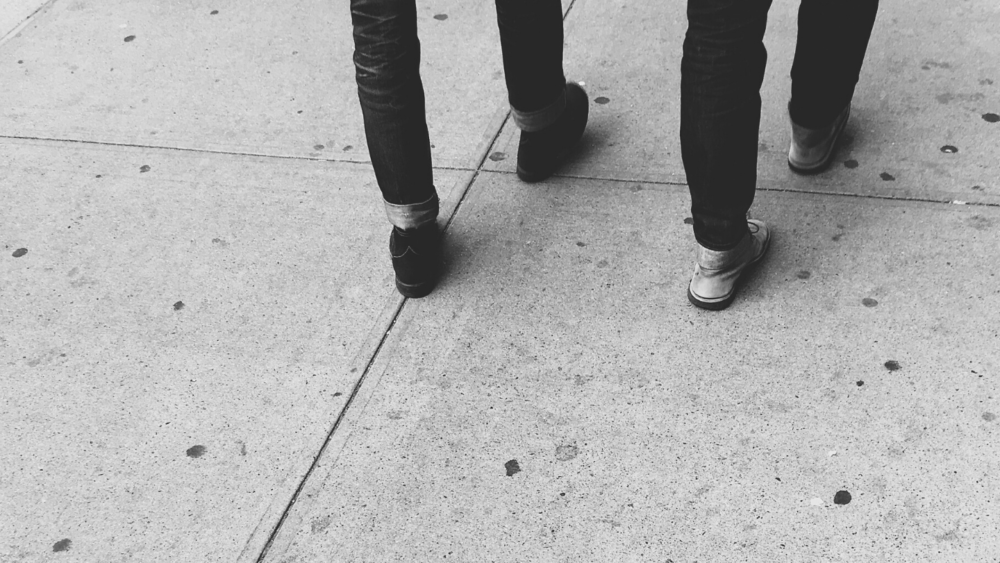 About 40 years ago, after graduating from college, I entered into a mission internship as a youth worker serving in the German Evangelische Church of West Berlin, Germany. During that time, as part of a group of young interns, I had the privilege to meet and listen to an elderly pastor named Eberhardt Bethge.

As a young man, Pastor Bethge had been a close confidant of Dietrich Bonhoeffer. During the Nazi regime in Germany, Bonhoeffer was chosen to call together a group of pastors to form an underground seminary of the Confessing Church, a church that rejected the false ideology of Arian supremacy. For two years, from 1935-1937, until the Nazi regime declared it illegal, the group lived in Finkenwalde, about 100 miles northeast of Berlin, which today is in Poland. After that, the underground seminary moved around from village to village where it met in the homes of sympathetic Christians.

Bethge was a student in that seminary. He told us that Bonhoeffer made trips to preach in Berlin on Sundays and to consult with like-minded church leaders there. From these trips he would always return to Finkenwalde very discouraged, because the news out of Berlin in those days was always bad. Still Bonhoeffer always gathered the community together for Sunday evening prayer. During those evening prayers, Bethge said, somehow, all the discouragement would vanish and be transformed into great thanksgiving to God.

Years later, in 1944, Bonhoeffer wrote a letter to Bethge from prison. In the letter he shared with Bethge his plans to write a new book once he was released from prison. One of the themes of the book was to be, “Jesus—the man for others.”  He elaborated this theme in other ways—“Jesus is there only for others”  and “The church is only the church when it exists for others.” (You can read all this in a book called Letters and Papers from Prison which was published after Bonhoeffer’s death.) Bonhoeffer never was able to write the book he outlined in his letter because he was executed in prison.

When I first read Bonhoeffer’s words “Jesus—the man for others” and “Jesus is there only for others,” it left me flat and cold. It seemed to me to be a sort of one-sided German objectivism. I thought to myself, “Wasn’t Jesus also a human being with self-awareness, a person who could enjoy a good meal and a glass of wine with his friends? Didn’t Jesus extol the beauty of the lilies of the fields? Jesus also took pleasure in the simple things of life.”

The coronavirus quarantine is causing me to think about Bonhoeffer’s words in a new light. In a certain way, being in quarantine is like being in prison. Isolation, whether forced on us or self-imposed, can easily lead to self-absorption, self-pity and self-focus.

When I come home from one of my international trips, I usually take a few days to catch up on lost sleep, spending time with my family, household responsibilities and just taking time to come back to myself after the extremely intense period of interaction with others. It is so nice to be home. It’s easy for me to lose myself in my own little world. And it’s tempting to stay there. But within a few days, duty calls me back to visiting churches, meeting with friends and partners, following up on work with the people I’ve been visiting. Now, with an indefinite period of isolation, the temptation to turn in upon oneself is very real.

I wonder whether Dietrich Bonhoeffer’s reflections on “Jesus—the man for others” was his refusal to give into the temptations of self-absorption, self-pity and self-focus which must have plagued him in the intense isolation of a prison cell? Perhaps Bonhoeffer experienced the present reality of Jesus right there for him in his prison cell?

The isolation forced on us by the coronavirus quarantine has heightened a struggle with which I have long been wrestling: How do I live for and love people who are far away and cannot be seen?

In Frontier Fellowship, we major in serving those who most often are far off. We are concerned that people living in isolation from the big centers of Christianity should have the opportunity to hear the Gospel. We want to come alongside people who preach the Gospel among the Muslims, Hindus and Buddhists of the world—to encourage them, pray for them and let them know that we love them and value them, even though we cannot be with them except perhaps briefly when we visit once a year. This is the struggle I always feel when I return from a trip. When I become isolated from them, I am tempted to forget the wonderful brothers and sisters on the other side of the world. “Out of sight, out of mind.”

Right now, with the quarantine, we are likewise challenged because we are asked to stay away even from our friends, neighbors and fellow church members. How do we love and live for others at a time like this?

Given our limitations, what can we do to be there for others? Here are a few ideas: