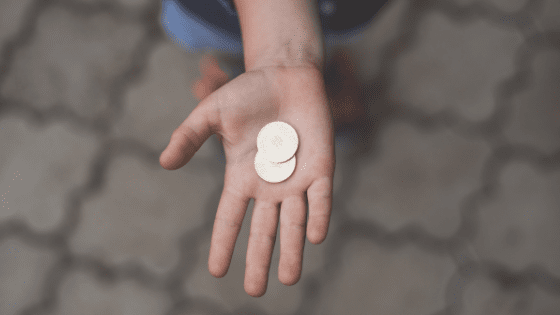 In 1954, Shanti Solomon, an Indian woman, founded the Fellowship of the Least Coin as a coalition of support between women worldwide working towards “peace, justice and reconciliation. It was to be a project of Christian prayer and positive action in which every Christian woman could participate, no matter what her economic position was. Every time a woman prayed she was to set aside a ‘least coin’ of her currency.”

24 years later, I moved from the Episcopal church in which I was raised to the Presbyterian church close to my apartment in Dallas, Texas. It was there I found a place in a young singles Sunday school class, and my faith began to grow in new ways. God led me to a group of women in their 20s and 30s who sat each week at the feet of a Bible teacher who taught us, encouraged us and challenged us in following Jesus. So began my love of studying the Bible and sharing how God is at work in our lives.

The church asked that we be connected with the larger life of the congregation and named us the Tuesday Night Young Women’s Circle. Part of our commitment to the church was to organize ourselves with officers, and I was asked to be Treasurer. Each week, we would gather our Least Coins to support mission work around the world. We dug into our wallets or coin purses and gave whatever coins we had, even pennies.

Our Least Coin offering was joined with the offerings of congregations throughout the US, multiplying our efforts to help support Great Commission work worldwide. I began to hear stories of what God was doing in different countries and villages to introduce people to Jesus. Little did I know that 40 years later God would bring this early training to fruition and call me to serve with Frontier Fellowship.

Women have always found a way to engage in the work of the Church. Often behind the scenes, women have invested their time, talents and least coins into what God has done and is currently doing across the globe. I thank God for leading women over the centuries to participate in Kingdom work. It is a privilege for me to be a tiny part of this amazing history of women who have taken the opportunity to share the Good News of Jesus with the world.