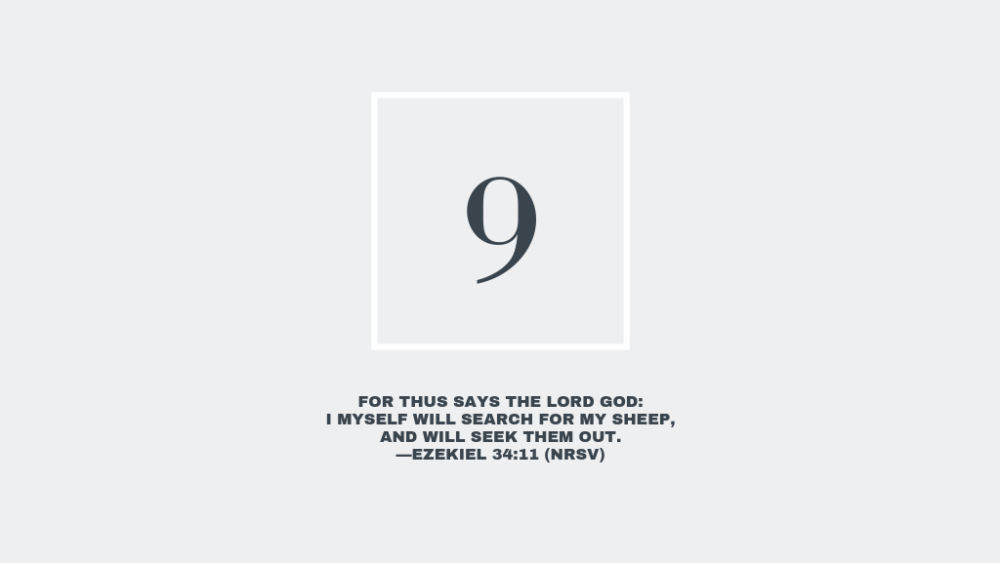 In the Gospels, Jesus called Himself the Good Shepherd who knows His sheep by name (John 10:3) and goes to great lengths to find even one lost sheep (Luke 15:3–7). Like Ezekiel 34:11, scripture reveals God as one who finds the lost, sees the hidden and remembers the forgotten.

Several years ago, I met a young man named Andrei while teaching in Omsk, Siberia. Andrei is a common Russian name, but his surname, Nyepomnyashikh, was unusual. When I asked about it, he explained that members of his family were placed in a concentration camp during World War II, and under the severe conditions of the time, the family name was lost. When they were eventually liberated at the end of the war, they were given the name Nyepomnyashikh—“Not Remembered.”

But God did not forget. Although his ancestry was lost, Andrei was remembered by God. Jesus, the Good Shepherd, found him and brought him into His fold of followers.

Jesus is searching for lost sheep all across the globe. In Niger, He’s seeking and finding receptive hearts among people groups like the Hausa, Fulani and Tuareg. He’s using ministries like the Eglise Evangélique de la République du Niger, which is working towards sending evangelists to share the Gospel in each of Niger’s 50 districts.

These evangelists and their families leave the comfort and stability of their communities and relocate to regions where no one has heard the Gospel. Sometimes they must travel long distances on unpaved roads to reach people in remote villages. At times they encounter resistance and suffering, but God continues to strengthen their commitment.

There are more than two billion people on earth still waiting to meet Jesus, the Good Shepherd. But He hasn’t forgotten them—and calls us to join Him as He searches for and welcomes them into His fold.

Pray today for unreached people groups. Thank God for remembering them, even when overlooked or unseen by the rest of the world. Ask Him to empower His Church to take the Good News into every waiting community. How is He calling you to welcome others into His Kingdom?