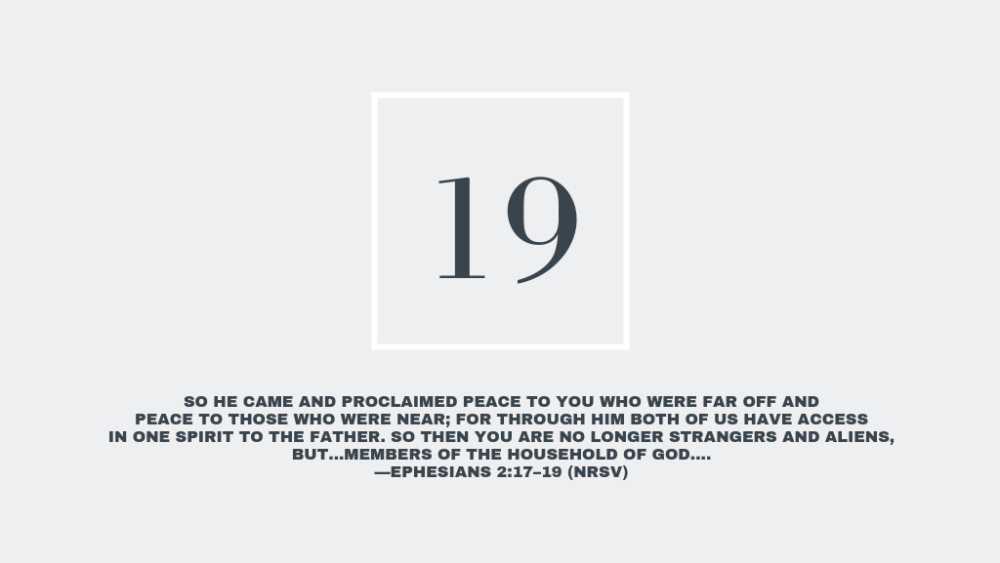 When Jesus was born, angels heralded the announcement that God was doing something new: “I am bringing you good news of great joy for all the people: to you is born this day in the city of David a Savior, who is the Messiah, the Lord” (Luke 2:10–11 NRSV).

Some Jews gladly followed Jesus as their Messiah. Remembering God’s promise to Abraham—that his descendants would be made into a great nation, through which all the families of the earth would be blessed (Genesis 12:2–3)—they put their hope for its fulfillment in Jesus. Others vehemently opposed Him. They held firmly to their position as God’s chosen people and rejected Jesus’ claims about a Kingdom that would include everyone: rich and poor, slave and free, Jew and Gentile.

Following Jesus’ resurrection, the apostles wrestled with whom to include in the growing body of believers. Through Jesus, God’s Kingdom had come near to the Jews. But was His promised redemption also meant for others? The Holy Spirit guided them through revelation, observation, dreams and debate, and they eventually understood that God’s grace through Christ gave all people, regardless of their background, equal access to the same spiritual family.

There are numerous parallels between what took place in the 1st century between Jews and Gentiles and what’s taking place today between Christians and Muslims. The Holy Spirit is drawing Muslims across the world to faith in Jesus in unprecedented numbers. After centuries of animosity between people of these two faiths, God’s grace is breaking down the barriers that once separated us from each other.

Jesus’ sacrifice tore down “the dividing wall of hostility” (Ephesians 2:14 ESV) and makes us into one community. Because we now have equal access to God, we no longer see one another as strangers or enemies. Walls become bridges and separations become connections, allowing us to welcome those who were once far off from the Good News.

Which walls are you still attempting to construct or keep up? What would change if you truly believed God removed the hostility of sin and learned to see others—particularly those from other backgrounds—as family?