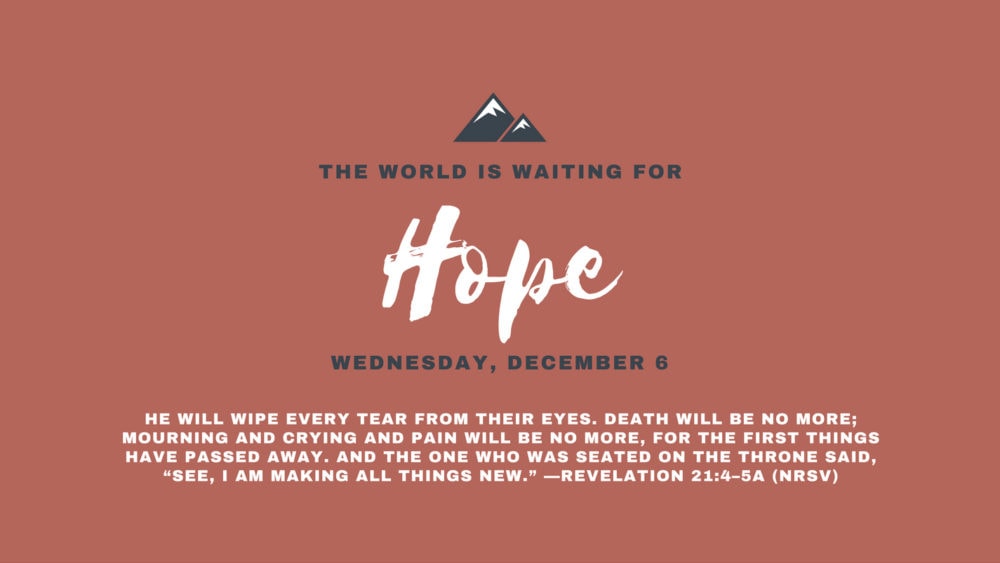 In February I visited Christians in Syria, a country where fighting has raged since 2011. Four hundred thousand Syrians have been killed. More than half of Syria’s people have been driven from their homes. Millions now live as refugees.

With signs of destruction all around and continuing warfare, I was struck by the hope I saw in Syrian followers of Jesus. It didn’t come from an ability to control their circumstances. It wasn’t hope that came because they were sure of what would happen to them. They weren’t certain they’d escape the violence.

What I saw in them wasn’t hope in the government, though they had hope for the future of their country. And it wasn’t just hope for a better life, though they longed for better lives. Rather, it was a confidence that came from trusting that nothing could separate them from the love of God, not even death.

The Book of Revelation has been of special importance to the Church during times of trial and tribulation. It speaks honestly about evil, pain and loss. But it also reminds us that God’s plan will not be spoiled by evil forces or life’s adversity and struggles. God’s love wins.

And we can bring hope to others as we share the Good News of God’s love made clear in Jesus’ death and resurrection. 1 Peter 3:15 reminds us to be prepared to give an accounting for the hope that is within us. What a privilege!

Are you struggling with circumstances in your life? Do you feel as though you’re without hope? Let me invite you to remember the promises of God’s Word—that Jesus will never leave you or forsake you, that nothing can separate you from God’s love, that He is preparing a place for you. Because of this our hope can be renewed.