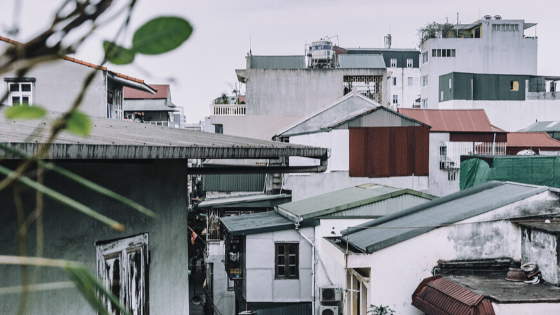 A Billion on the Move

“For I do hope to see you on my journey and to be sent on by you, once I have enjoyed your company for a little while.” —Romans 15:24

Paul dreamed of going to Spain to preach the Gospel and hoped to visit followers of Christ in Rome on the way there. In that day, Spain was the frontier—the place where many people may not have heard about Jesus, the Word Incarnate. What places might be in the dreams and visions of modern-day apostles?

Traditionally, we’ve thought of the frontier as the village farthest up the dirt road or in the hamlet at the end of a footpath up a mountain. But people are on the move! According to the United Nations, about one billion people will move from rural to urban areas in the next 30 years (2020-2050) as part of an increase in urban population of 2.5 billion. The Center for the Study of Global Christianity at Gordon Conwell estimates that on an average day 166,000 people who don’t follow Christ (and likely know nothing about Him) move to cities large and small.

Are our strategies for sending going to result in workers reaching a village to share God’s Word in the local language only to find grandmothers, aunties and a few goats remaining there? “Our children and grandchildren are working and studying in the regional capital city,” they may report.

There are already close to one billion slum dwellers worldwide and that’s likely to move closer to two billion by 2050 with increasing urbanization in many nations in Africa and Asia, where 90 percent of the urban growth is projected to occur. There are huge opportunities to bless people with holistic ministries that offer access to God’s Word and relief from the difficult conditions in which they live. Immigrants tend to be younger than the average age, which evokes an image of younger generations struggling in spiritual darkness and physical deprivation in the roughest parts of cities.

As we sit with partners in the global Church and ask the Spirit to help us dream, can we imagine expanding or beginning ministries to unreached people in slums? Currently, Karachi (Pakistan) and Mumbai (India) have two of the largest slum neighborhoods in the world. Are there holistic ministries serving in the slums of South or Central Asia? We’d like to know!

If we stepped back and looked at a world map that highlights nations with millions of slum dwellers and millions of unreached people, we’d be focusing on:

Among Frontier Fellowship’s active partnerships, only one right now focuses on serving people in cities. As our organization thinks about the future, we want to keep in mind where people yet-to-hear are going, and journey with our partners to be there as they arrive. We want to be open, too, if God leads us to new relationships with the global Church for outreach in slums.

Is your church, mission committee or denomination planning for the urban future? How open are we to responding to the current needs of slum dwellers, whether sisters and brothers in Christ or not?

Perhaps the Spirit would have us begin by praying over the major slum cities of the world: “Seek the welfare of the city where I have sent you into exile, and pray to the Lord on its behalf, for in its welfare you will find your welfare” (Jeremiah 29:7).