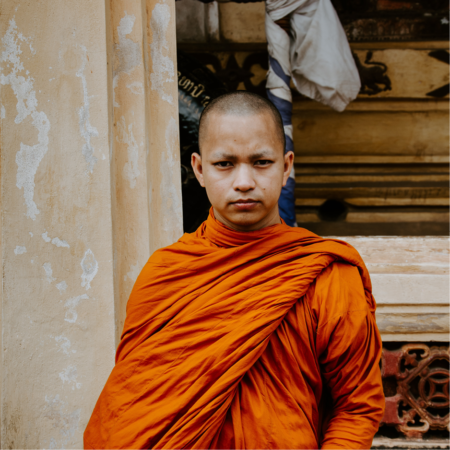 Buddhism is the world’s fifth-largest religion, and has over half a billion adherents, most of whom live in Asia. The majority of Buddhists worldwide lack access to the Gospel, and only a small few even know a Christian personally. Frontier Fellowship is launching new efforts to develop relationships, networks and partnerships with indigenous ministries sharing the Good News of God’s Kingdom in the least-reached regions of the Buddhist world. Our current focus regions include major areas in the heart of Buddhism in South Asia such as Thailand, Myanmar and Sri Lanka.

Frontier Fellowship regularly facilitates virtual and in-person vision trips to see firsthand how God is at work through our global partners. Click here for updated information and available opportunities.

Informed intercession is vital to frontier mission. Through prayer, we partner with God as He changes hearts and crosses borders. Visit our Pray page to view and download our prayer guides, or to subscribe to our monthly frontier prayer email.

Our team of mobilizers is ready to help you engage with Buddhist World Initiatives. To take the next step in your frontier mission journey, contact us here.

When many think of least-reached people and places, they often think of regions where Islam (second largest religious group), Hinduism (most unreached people groups) and Ethnic religions (most remote peoples) live. Unreached Buddhists, by contrast, don’t always get the same kind of frontier mission attention from churches. As part of our vision, Frontier Fellowship is committed to introducing followers of Jesus to opportunities for impact in every part of the unreached world.

BACK TO PARTNERS
© 2022 frontierfellowship.com built by Brander.